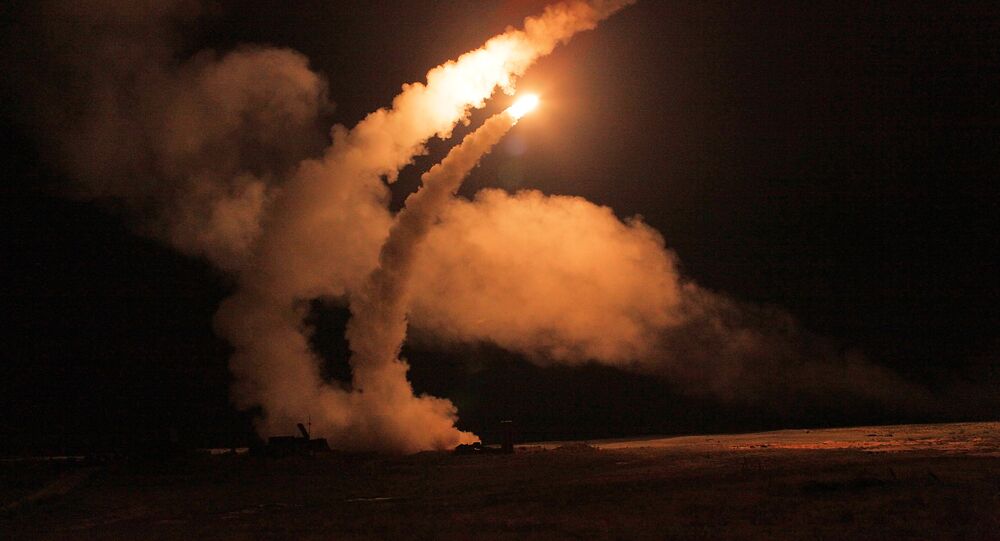 In an analysis of the air defence system system, and citing its unconfirmed reported specifications, including a maximum range of over 500 km and the ability to track and target up to 10 ballistic targets moving at speeds of up to Mach 20, Sina pointed out that the new missile system “covers defence against virtually every type of plane, including small unmanned drones and low-flying cruise missiles.”

“Compared with the S-400, the S-500 system is to be equipped with a new, super powerful radar, and the distance between the system and the enemy’s incoming target can be increased by 150-200 km,” the publication wrote.

Furthermore, Sina speculated that “the S-500 will also use a new missile launch tube configuration, supplementing two additional tubes to the conventional 4-tube launcher to become a 6-tube launch system.”

For comparison, Sina noted that the S-400, which has four tubes, is capable of intercepting up to six targets, moving about six times the speed of sound, at a distance of over 400 km.

According to the outlet, sales of the current generation S-400 have jumped recently, in part thanks to “free advertising” from the US as Washington has tried to ban the system’s sale to its allies. After that, Sina suggested, “even some countries which had no interest in the missile system began to take notice of the S-400.”

In February 2013, a 12,000 tonne meteorite with a diameter of about 20 meters entered the Earth’s atmosphere over the city of Chelyabinsk, Russia, north of Kazakhstan, breaking apart over the atmosphere, its remnants falling over thinly populated areas in the area.

Pointing to comments about the event at the time, which included users speculating, tongue-in-cheek, that the meteorite may have been split apart in mid-air by an S-500 missile being tested in the region, Sina seemed to believe that the speculation was serious, and that “among the Russian media and public, praise for the weapon reached an incredible level.”

Speculation or not, the S-500 is expected to be able to counter attacks from space, with officials confirming earlier this summer that the system will have this capability, essentially making the S-500 a highly mobile anti-ballistic missile system.

Last week, Sergei Chemezov, CEO of Russian defence industry giant Rostec, said that once the S-500’s production begins, the first priority will be to equip the Russian military. The official ruled out talk of exports to other countries for at least “the next five years.” In the meantime, Chemezov said, the S-400 continues to enjoy “great demand.”

The S-400 is presently the most advanced mobile air defence system in Russia’s arsenal. Along with Russia, the system is fielded by Belarus, China and, most recently, Turkey. Russia and India have also signed a $5 billion contract on the delivery of the systems to Delhi in the coming years.

China Will Be First Country to Get Russia’s S-500 Missile System, Media Speculates