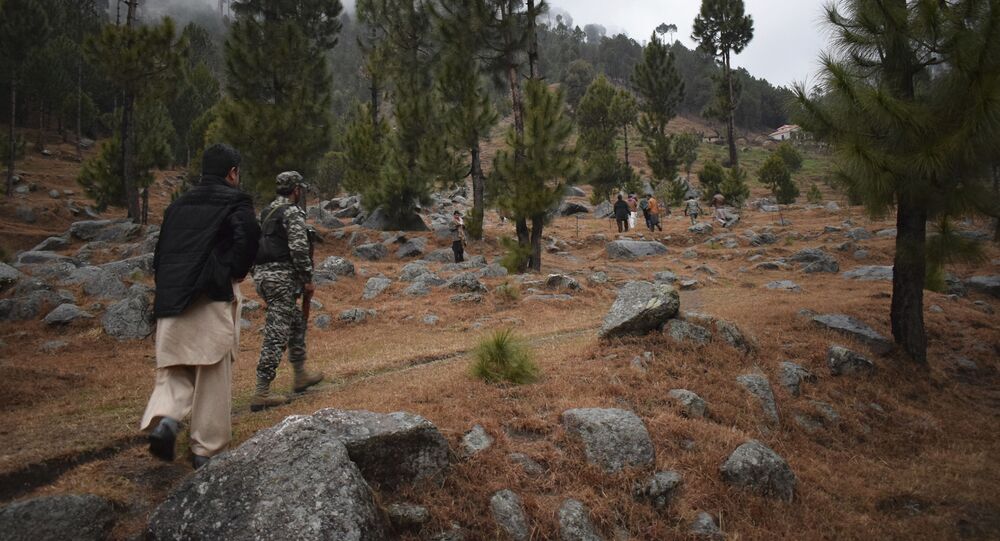 New Delhi (Sputnik) - Pakistan has always underestimated India's national leadership and they did the same during the Balakot airstrikes, the IAF chief said on Friday.

Amid heightened tensions between the two nuclear rivals, Indian Air Force (IAF) Air Chief Marshal Birender Singh Dhanoa, has asserted that his force is ready for a military conflict with Pakistan and that the result would be similar to what the world has witnessed in the past.

"They have always miscalculated. Even now, after Pulwama (terror attack) happened, I think they had miscalculated, thinking that our political leadership will not permit such a (Balakot-like) strike”.

“It is not that our Air Force is not capable. They (Pakistan) know what our capability is. But they were always under the impression that our leadership will not (act)", said Air Chief Marshal Dhanoa, who is set to retire from the service by the end of September.

The air chief marshal said that India had succeeded in its political objective during the Balakot strike, while “our defence failed Pakistan retaliation miserably”.

"We hit a non-military target to tell the terror outfits that if you perpetrate terrorism in India, irrespective of where you are, in PoK or somewhere else, we will come and hit you", he added.

India maintains that it asked its air force to hit terrorist camps operating inside Pakistan to avenge the Pulwama terror attack in Jammu and Kashmir on 14 February that had killed 40 Indian soldiers. India hit Pakistan’s Balakot on 26 February in a pre-dawn air strike.

Pakistan, a day later, claimed success in its own retaliatory strike and said that two IAF jets were shot down.

Last week, the Pakistani Air Force released a media presentation on "Operation Swift Retort", the military operation conducted on 27 February, 2019 in which it targeted the Narian base, but “dropped the bombs 400 m from target” as a show of strength, to avoid escalating the situation any further.

The footage showed one of four targets where the air force dropped six bombs on 27 February, it claimed.

The current tensions between the two south Asian countries escalated after 5 August when India revoked the special status of the state of Jammu and Kashmir.

Pakistan wants India to restore the status and Prime Minister Imran Khan has said that Islamabad could go to any extent to fight for the Kashmir issue.