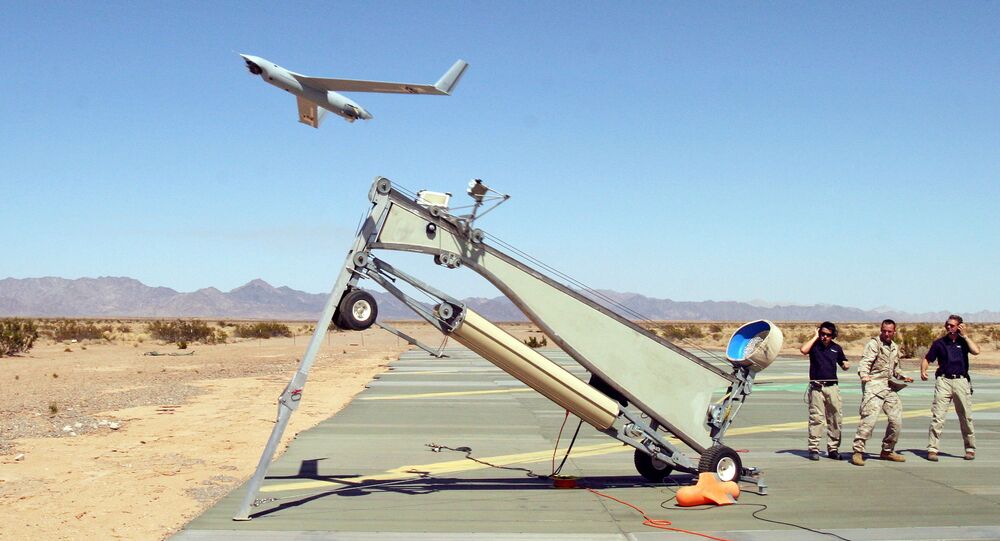 MOSCOW (Sputnik) - Boeing, the US aircraft manufacturing giant, has announced that together with the US Navy it had completed the first operational unmanned aerial refueler test flight, marking a milestone in the military's efforts to reliably deliver fuel via unmanned aircraft to carrier ships.

"The MQ-25 test asset, known as T1, completed the autonomous two-hour flight under the direction of Boeing test pilots operating from a ground control station at MidAmerica St. Louis Airport in Mascoutah, Ill., where the test program is based", the company said in a press release on Thursday.

The company added that the unmanned aircraft completed an autonomous taxi and takeoff and then flew a pre-determined route to demonstrate basic flight capability and communication with the ground control station.

The test flight took place two years before the first MQ-25 is due to join the Navy's aircraft fleet.

In August 2018, the US Navy awarded Boeing with an $805 million contract for the construction of four MQ-25 Stingray carrier-based unmanned aircraft in efforts to provide the navy with refuelling capacity. The autonomous aircraft is also designed to seamlessly integrate with a carrier's catapult and launch recovery systems.

Tags:
US, US Navy, US Navy, Boeing, Boeing
Community standardsDiscussion