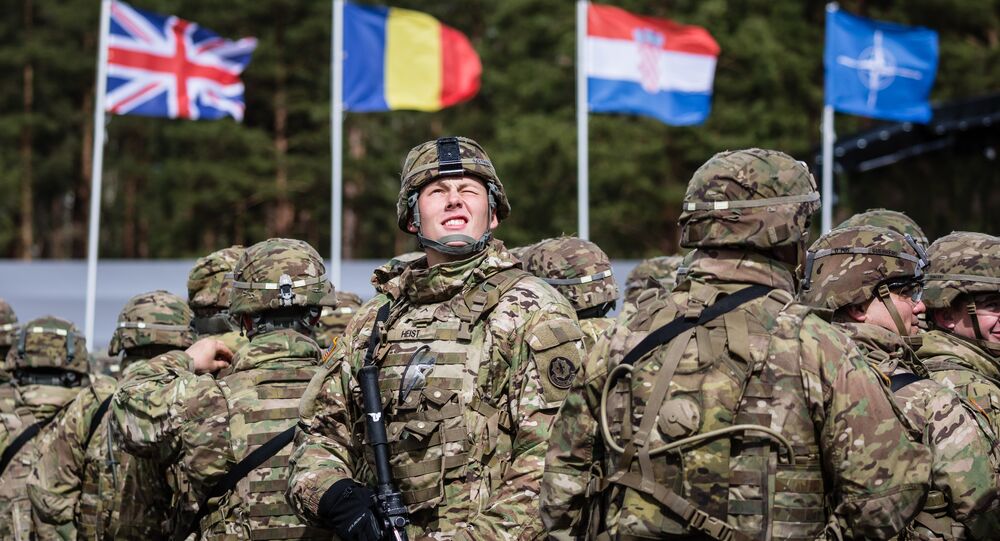 MOSCOW (Sputnik) - The North Atlantic Treaty Organisation (NATO) is losing its military advantage over Russia and the redefining of its new strategy in May was meant to address this issue of concern for the alliance, Chairman of the US Joint Chiefs of Staff Gen. Joseph Dunford said.

Dunford met with the NATO Military Committee last weekend in Slovenia's capital city of Ljubljana to discuss alliance efforts in Afghanistan, Iraq and Kosovo, as well as to assess its efforts in global deterrence.

Following the meeting, Dunford said, as quoted in a statement released by the US Department of Defence on Tuesday that Russia was becoming a major military competitor due to its improving defence capabilities and that NATO's advantage over Russia had eroded.

The alliance's defence chiefs recognised this tendency and saw a need to redefine its own deterrence strategy, Dunford added, referring to their meeting in Brussels in May.

According to Dunford, the new military strategy, signed in May, seeks to bring coherence to the alliance's strategic planning and collective efforts of its members to develop capabilities, since NATO's overall strategy and individual member states' internal defence strategies often differ.

"We are bringing coherence to the planning that is going on inside NATO, and the collective efforts to develop capability", the general said.

In the last several decades, Russia has been actively modernising its military capabilities across all domains — including electronic warfare, and submarine and air defence — and maintains the world's largest operational nuclear stockpile, according to former US Director of National Intelligence Dan Coats.