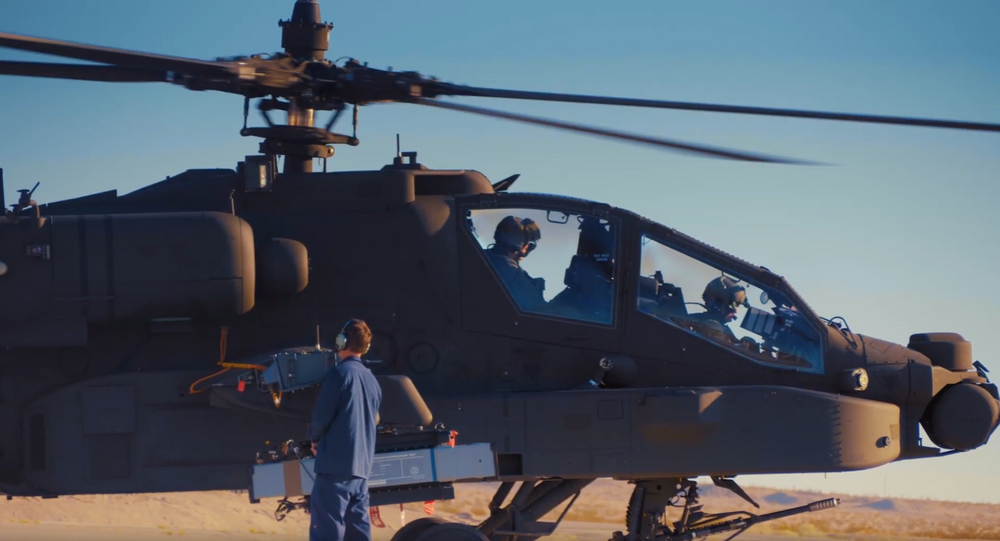 From August 26 through 28 at the Yuma Proving Grounds in Arizona, the US Army conducted a series of tests in which the Apache helicopter used the Rafael-manufactured Spike Non-Line-of-Sight (NLOS) anti-tank, guided missile against replicas of the Russian Pantsir short-to-medium-range, surface-to-air missile system.

A total of five of the Israeli-made missiles were fired from the aircraft over the three days, and each is said to have hit its Pantsir replica target, according to a US Army video published September 12.

According to the US Army, the 71-kilogram (157-pound) Spike NLOS munition provides an attack chopper with the “stand-off it needs from enemy threats in future Multi-Domain Operations” and can strike targets somewhere between 25 to 30 kilometers (15.5 to 18.6 miles) away.

The missile also has a fiber-optic cable that trails behind it, allowing the Apache pilot to have more control over the missile even after it has been deployed

“We took a very challenging shot in this experiment,” Brig. Gen. Wally Rugen told Defense News late last month. The outlet, which attended the testing event at Yuma, reported that during the first test, the Apache chopper moved outside the range of the Pantsir and was “only a couple hundred feet above the highest obstacle in the desert” when it fired the Spike NLOS missile.

If testing proves successful, the missile will replace the Hellfire anti-tank guided missile as the longest-range munition available for the AH-64E. According to Business Insider, the Hellfire missile can currently strike a target up to 7.5 miles away.

“We always want to compete things, but this current Spike missile, if it continues to be successful, meets a lot of our threshold requirements,” Rugen added, alluding to the possibility that the Army will settle on the missile without testing similar munitions. He says the Army will, however, “look at some additional environmental aspects and the resiliency of the entire system” before making a final decision.

Though the Spike NLOS missile is currently constructed by Israel’s Rafael Advanced Defense Systems, Defense News reported that if the Army decided to use the projectile, it is likely that Lockheed Martin, a partner of the Israeli defense company, would begin manufacturing it domestically in Troy, Alabama.