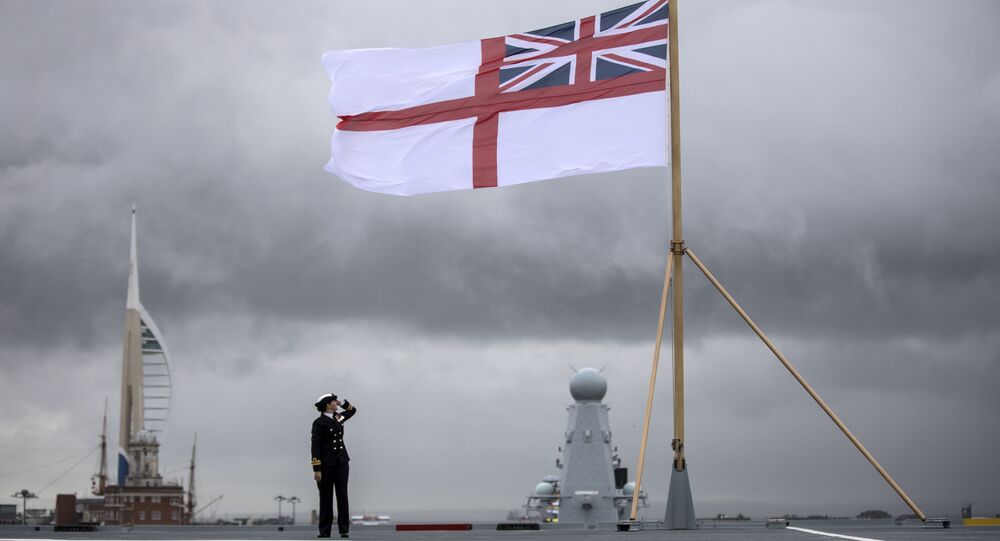 Dive Another Day: UK Royal Navy Tests ‘Bond Boat’ That Works On And Under the Water

The vessel, made of carbon fibre, is intended to protect trade routes in the Persian Gulf and can be delivered via helicopter or a standard military submarine.

James Bond, the fictional womanizer spy from On Her Majesty’s Secret Service, is one of the most recognizable British film icons, and his tech gadgets are a staple of the movie franchise (that is, until Daniel Craig stepped in). One of the most iconic pieces of gear Bond acquired was the classic Lotus Esprit automobile from the ‘Spy Who Loved Me’ that turned into a submarine at the press of a button.

The UK Royal Navy now have their hands on a similarly Bond-ish vehicle, which looks more like a movie prop than an actual machine: a carbon fibre speedboat that can submerge with the press of a button.

​The Daily Mail report says the vessel, known as Victa, can race on the surface at speeds up to 40 knots (or 74 km/h), on a par with the speed of an average destroyer (according to Encyclopaedia Brittanica). On the surface, it relies on Rolls-Royce-made waterjets, but when submerged, switches to electric thrusters, allowing travel at up to 8 knots.

The vessel is operated by a two-man crew and can carry up to six commandos; all aboard are required to wear scuba gear as the vessel’s cockpit floods under water, allowing for the boarding party to debark.

The vessel reportedly submerge to 98 feet and has a range of 250 nautical miles. The vessel can be transported by helicopter or attached to a Royal Navy submarine hull, the report says.

​According to the report, the ship is intended to be used as protection for British ships in the Persian Gulf.

“For decades, we’ve been waiting for a vessel to be developed which is effective on the surface of the water and below,” said a source in the UK Navy. “The enemy won’t be able to see or hear us coming. Given the threat to British ships in the Strait of Hormuz, its arrival is very timely.”

It is undisclosed whether the vessel comes with a closet of tight-fitting tuxedos and the mixings for a Martini shaken, not stirred.