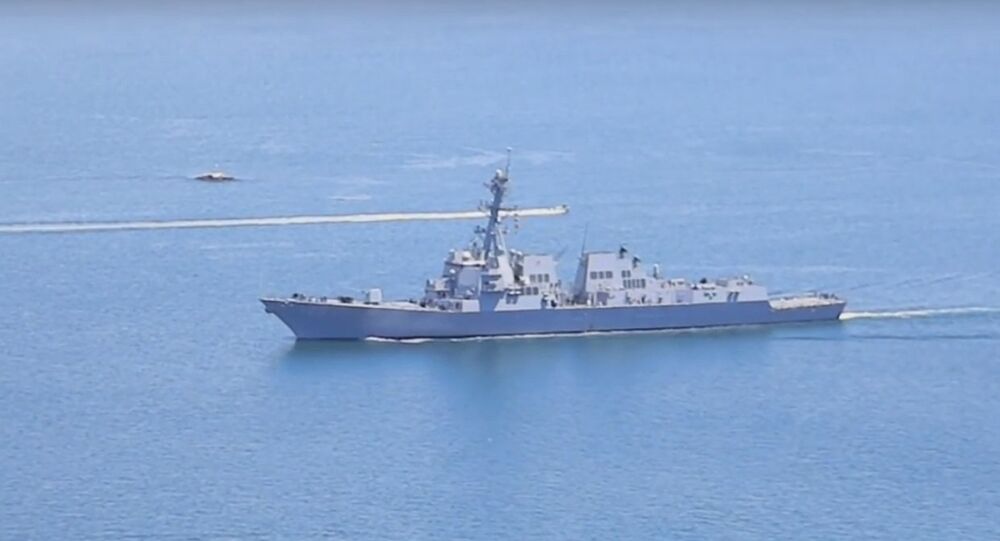 Relations between the two superpowers have been strained over several issues, including an ongoing trade row, US sanctions against the Chinese military and Washington’s ties with Taiwan. A recent transit by a US Navy ship has again angered Beijing, after the nation claimed the Parcel islands, an archipelago long assumed to be owned by Vietnam.

The US Navy destroyer Wayne E. Meyer sailed near the Parcel islands in the South China Sea, an area that Beijing claims as its own, challenging claims for lands on the busy waterway. According to US Navy Seventh Fleet spokeswoman Reann Mommsen, the American ship challenged what she branded as China’s excessive claims over the islands that have long been claimed by Vietnam.

“China has attempted to claim more internal waters, territorial sea, exclusive economic zone, and continental shelf than it is entitled under international law,” the US Mommsen said.

Beijing has not commented on the issue, according to Reuters.

Despite China's protests, Washington, which maintains cooperation with Taiwan in spite of China's refusal to acknowledge the island nation as a sovereign state, continues to conduct military operations while accusing Beijing of aggressive military expansion in the region, including via the construction of artificial islands. China insists that its military installations in the South China Sea are of a "defensive" nature and are being used primarily for scientific research and maritime safety programs.

Sovereignty over the various islands and areas of the South China Sea, an area important due to the many maritime trade lanes going through it, is claimed variously by Brunei, Taiwan, Malaysia, Indonesia, the Philippines, and Vietnam, but most of the region is currently controlled by China. Beijing does not currently recognise the rulings of international bodies such as by the South China Sea Arbitration, a group that has denied China's claim to the so-called Nine-Dash Line territories in the maritime region.