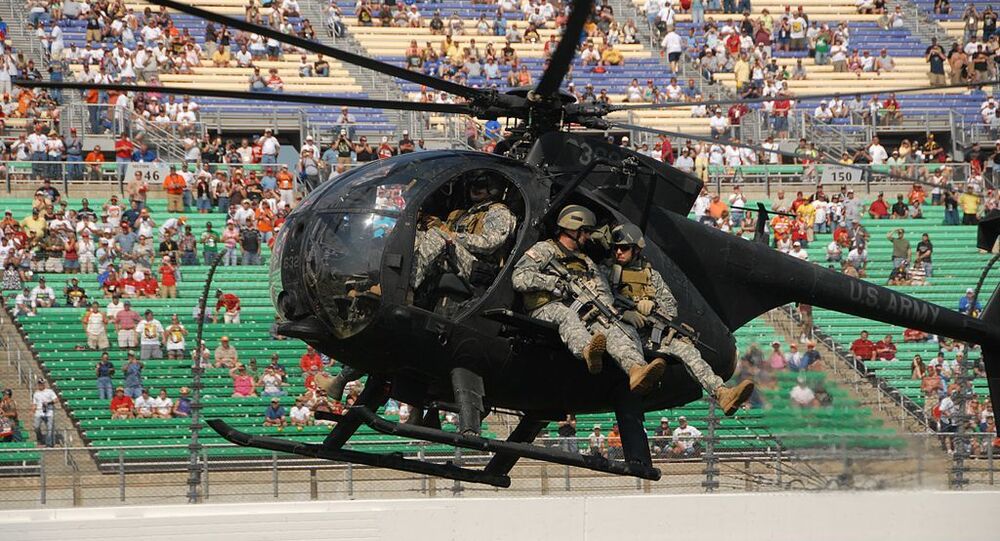 The Pentagon is pressing defense contractors competing to develop the US Army’s Future Vertical Lift (FVL) helicopter program to ensure the modular aircraft will be able to fill roles presently performed by the MH-6 Little Bird light helicopters, too.

By the end of the decade, the US Army hopes to have a new chopper in the air to replace its aging UH-60 Black Hawks and CH-47 Chinooks, the workhorses of much of the US military for decades. The two helis come in many variants, from emergency lift to anti-submarine warfare and gunship, and the aircraft that replace them will have to fill a similar, if not greater, number of roles.

Now the Army is asking that the five contractors in competition for the lucrative contract - Sikorsky, Bell, Boeing, Karem and AVX - to incorporate the special forces support roles performed by the MH-6 Little Bird into their designs.

At least two airframes are already imagined for the FVL program: the Future Attack Reconnaissance Aircraft (FARA) and the Future Long Range Assault Aircraft (FLRAA). The five contractors were collectively awarded $3.9 billion in April to develop the FARA.

"So right now, if you look at ... the attack version [of FVL] we are pursuing, if we could actually mod that to have that assault capability, it would drive down the costs, and we wouldn't have duplicate efforts in” Special Operations Command (SOCOM), Brig. Gen. Allan Pepin, commander of Army Special Operations Aviation Command, said at an Association of the United States Army aviation symposium recently, Military.com reported.

"We know, for the most part, that SOCOM will be asked to do things for strategic reasons for our nation and for the Future Vertical Lift capability that SOCOM will most likely get in the future; we want to be nested up front, so we don't increase the modernization efforts after we get an Army common system."

The MH-6 family of helicopters is affectionately known by US special forces as the “killer egg.” The tiny chopper can carry up to six passengers into areas the larger Black Hawks cannot, facilitating for nearly 50 years just the kind of stealthy insertion and extraction that special forces require. It can also do recon duties, and one version functions as a gunship.

Brig. Gen. Walter Rugen, director of the Army's Future Vertical Lift Cross Functional Team, told Military.com the hope is that, by incorporating the roles of the MH-6 into the FARA’s overall design, they won’t have to “cut holes in the aircraft” to fill the roles they need.

"The work is going to be done on the front end so ... SOCOM doesn't have to modify aircraft," he said. The contractors expect to have a competitive fly-off with their competing designs in 2023.