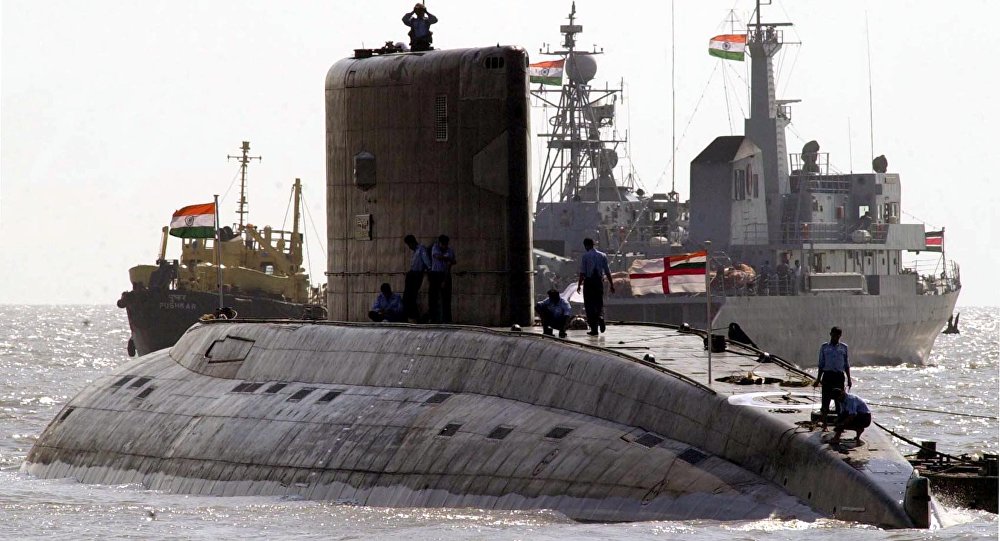 New Delhi (Sputnik): Russia has offered to jointly design and develop submarines for the Indian Navy on the basis of an inter-governmental agreement.

The proposal was discussed by Indian Prime Minister Narendra Modi and Russian President Vladimir Putin during the delegation-level meeting in Vladivostok, Russia on Thursday.

As per the proposal, a Russian shipyard in collaboration with an Indian shipyard will jointly design and construct prototypes with full intellectual property rights that will be shared equally.

The proposal also includes to jointly develop AIP (Air-independent propulsion) for the submarines but based on the progress that Defence Research and Development Organisation (DRDO) has already made. Due to delays in the development of AIP by the DRDO, the Indian Navy had earlier decided to do away with its plan to equip domestically-manufactured AIP on the last two Scorpene-class submarines, also known as Kalvari-class submarines.

AIP is vital equipment for modern submarines that enhance their survivability under water. It uses limited amounts of stored liquid gas which ultimately is used to charge the battery of the submarines. Due to this, submarines can remain under water for longer periods of time.

The Indian Navy stipulated, in its draft request for information, 45% domestic production, additionally mandating that the submarines should be fitted with Indian steel, missiles, torpedoes including domestically-developed heavyweight torpedos and air independent propulsion.

In June this year, the Indian Defence Ministry had floated Project 75(I) worth around $6.5 billion. Besides Russia's Rosoboronexport, Thyssenkrupp Marine Systems from Germany, Naval Group from France and Kockums from Sweden have been competing to win the tender.

As per a 30-year plan, unveiled soon after the 1999 Kargil war, the Indian Navy had set a target to achieve at least 24 submarines by 2030 to maintain its superiority in the Indian Ocean.