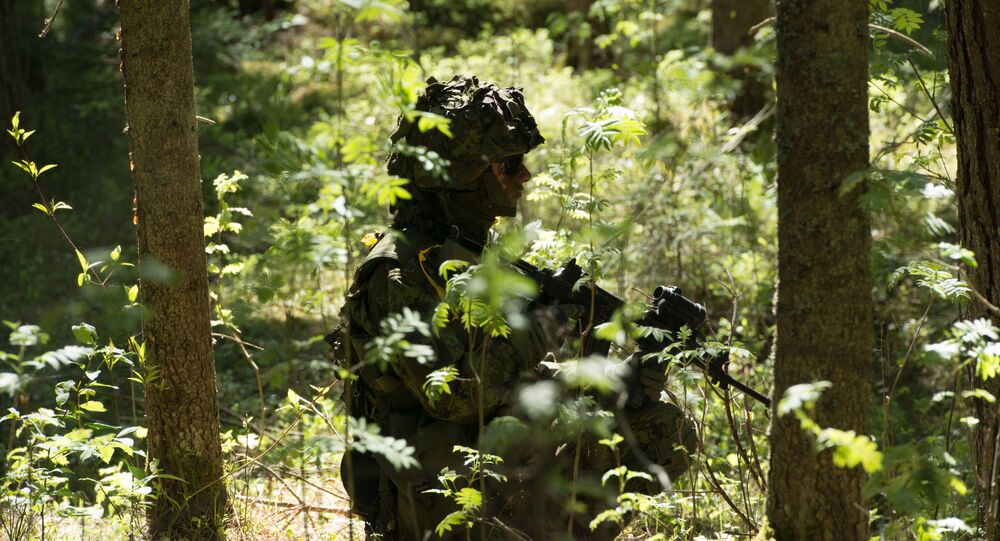 This is not the first time "secret" American bases have accidentally been revealed to the public and their possible opponents as a result of a mishap. Last year, a popular fitness smartphone app published global "hotspots", some of which could only be explained by soldiers stationed at such bases using the app in their training sessions.

While the presence of a NATO contingent in Estonia, a Baltic state on Russia's north-west border, was never a secret, the presence of American troops at an alleged covert base apparently was a well-guarded secret. The "secrecy" of the place was blown, however, by a local broadcaster, ERR, after one of its journalists simply studied the US Department of Defence (DoD) public records.

Although the papers did try to conceal the fact that Washington has a military base there by calling it an "unspecified training, operations facility", it never hid the country where it was located. The latter unwittingly gave away the "secrecy" of the site since the US never acknowledged having military facilities in Estonia, where officially only NATO troops from the UK at the Tapa base are deployed.

According to the DoD documents, the $15.7 million allocated to the development of the Estonian military base, will be used for the construction of a number of facilities, including barracks, arms vaults, and a weapons cleaning area.

After a half-year investigation, journalists from ERR managed to get on the "secret" base's territory, which reportedly accommodates a regiment of US Special Forces on rotation. According to Kevin Stringer, a US Army colonel cited by the broadcaster, the base was established in 2014 after relations between neighbouring Russia and the West began their downward spiral.

This is not the first time secretive American military bases have been exposed by accident or lack of oversight. In November 2017, a popular fitness tracking application for smartphones, Strava, published the global heatmap of the app's most active users. To many users' and netizens' surprise, some of the hotspots were located not in cities or sport centres, but were in the middle of nowhere.

Since some of these spots coincided with military bases, specifically belonging to the US, several media outlets alleged the app was being used by some soldiers in their training sessions. Thus the remaining unattributed hotspots could also "belong" to "secret" US bases.

Tags:
US military base, Military Base, secret, Estonia, US
Community standardsDiscussion