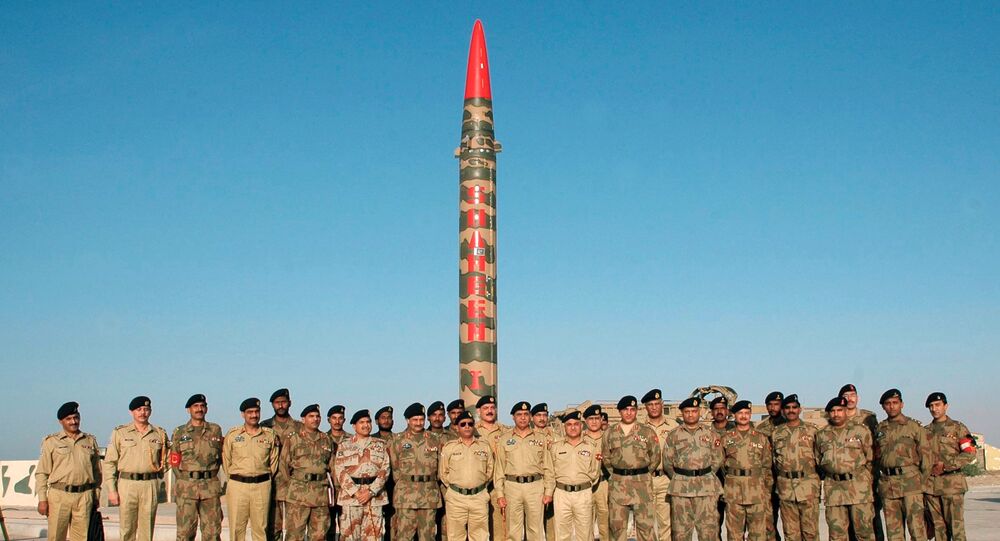 'Nuclear Capability is a Deterrent; its Use Depends on Political Leadership'- Pakistan Army

Pakistan military spokesperson Major General Asif Ghafoor told the media, his country did not want to take the conflict to a point where regional and world peace were endangered.

"The situation in Kashmir has become a big danger to the region... Indian action in Kashmir is sowing the seeds of war," said Major General Asif Ghafoor.

India revoked Article 370 and 35A which granted special status to the restive state and divided it into two federally administered territories.

The spokesperson denied there was any change in Pakistan's nuclear policy after Indian Defence Minister Rajnath Singh said, New Delhi's policy of "No First Use" was not irrevocable. The spokesperson said, "nuclear capability is a deterrent, and its use is a political choice".

"It is their (India's) choice to change their policy. We have the capability… what is it for…for deterrence," said Major General Gafoor.

The spokesperson said Islamabad wanted to resolve the Kashmir issue through dialogue. He said Pakistan was even prepared for third-party mediation to end the suffering of the Kashmiri people "for the last 72 years".

"So far Kashmir was a bilateral dispute with India, but since 5 August, when India changed the status of the region, that chapter is also closed," said Major General Gafoor.

India and Pakistan have locked horns over Kashmir since both countries gained independence from British colonial rule in 1947. They both govern it in part but claim it in full. They have fought three wars in the past– two over Kashmir.

'Only True Safety is Ending Arms Race, Doing Away With Nuclear Weapons' - Prof

Pakistan Clarifies There Is 'No Change in Nuclear Policy'