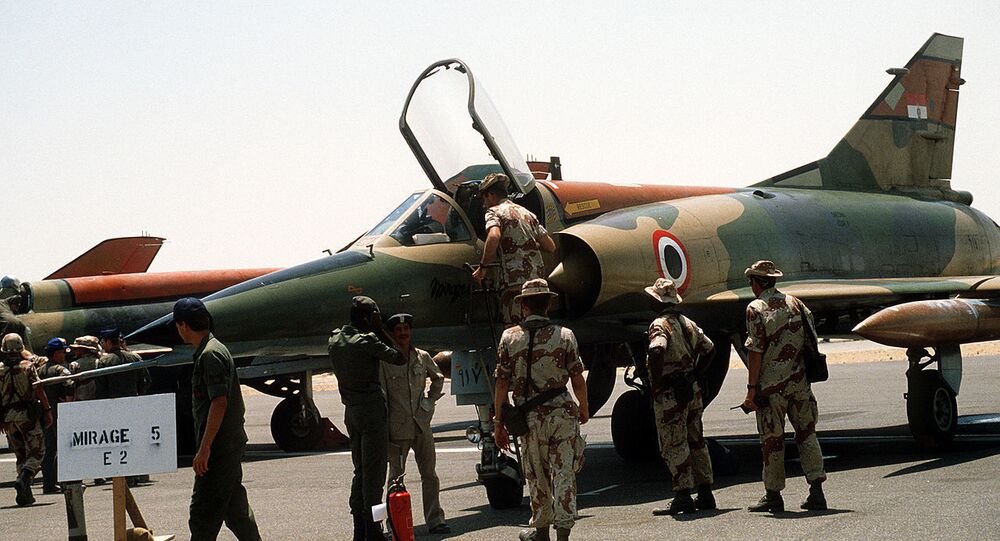 New Delhi (Sputnik): The Mirage V in question possesses a helmet-mounted display, mission pods, and night strike capability. Sources said Pakistan would upgrade these jets before putting a few of them into operation.

Pakistan's Air Force is expected to seal a contract with Egypt to purchase upgraded Dassault Mirage-V combat aircraft. The two countries have been negotiating the contract for years and now the final contract may see the light of day because the Pakistan Air Force wanted these fighter jets to strengthen its existing squadron of jets.

"Negotiations to purchase 36 such aircraft almost reached the final stage", one of the person familiar with the negotiations said. These jets were retired from service by the Egyptian Air Force long ago, so Pakistan will have tp refurbish them before pressing the aircraft into service.

The Mirage V in question possesses a helmet-mounted display, mission pods, and night strike capability. Sources said Pakistan would upgrade these jets before putting a few of them into operation, like in the past when it has upgraded dozens of Mirage-III/Vs with Italian radars and other electronics at the Mirage Rebuild Factory, established by the Pakistani Air Force in 1978.

Pakistan's Air Force has been operating Mirage combat jets for the last five decades and despite the induction of the JF-17, the force planned to put on hold the retirement of the Mirage in the absence of better weaponry. Over the past five decades, Pakistan has purchased nearly 150 Mirage III/V fighters. The force had in the past also bought retired Mirage-III from Australia.

The Mirage V is a dedicated ground-attack variant of the Mirage III, with greater space for fuel, in place of avionics. The Dassault-made Mirage jet received major attention earlier in February when the Indian Air Force carried out an aerial strike using the Mirage 2000 fighter jet to destroy alleged terror infrastructure in Balakot inside Pakistan. Nevertheless, the only common feature of the Mirage V and the Indian Air Force's Mirage 2000 is their "delta wing" design.

The relationship between the two nuclear-armed countries once again nosedived in August after New Delhi decided to revoke the special status granted to the disputed Kashmir region. While India called the decision an "internal affair", Pakistan has argued at several international fora including at United Nations that it is a violation of bilateral agreements and the Vienna Convention.

Pakistan's military has vowed to go to "any extent" to provide justice to the Kashmiri people and it has deployed hundreds of elite commandos near the Line of Control - a de facto border that separates the Kashmir region between the two countries. The Pakistani Air Force also deployed its frontline jets at the forward air base Skardu near Ladakh last month to ward off any Balakot-like strike by India.