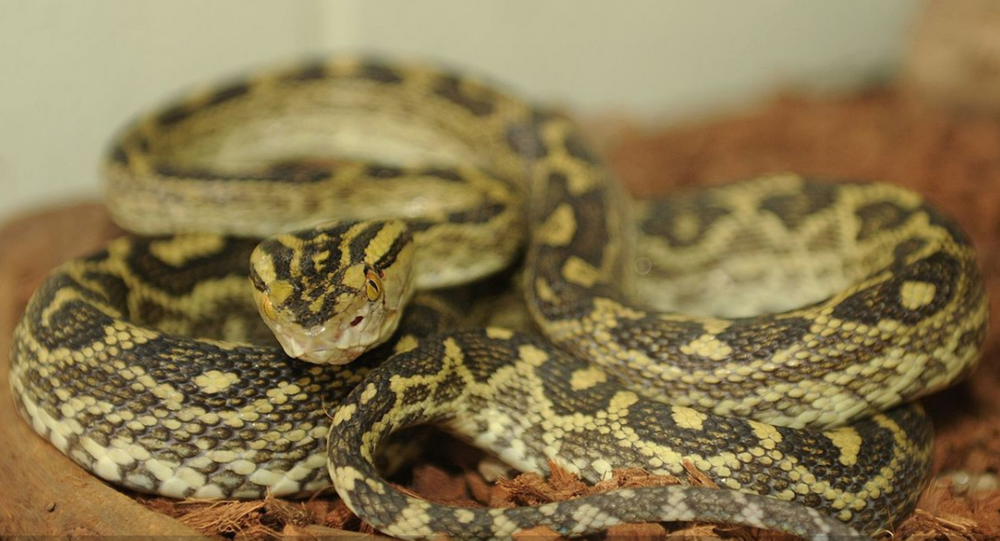 Officials at the Camp Kinser logistics regiment of the US Marine Corps in Okinawa, Japan, are warning service members to keep an eye out for habu snakes, a species of venomous pit viper commonly found in Japan, which have seen a resurgence as a result of unmowed lawns at the base.

“There have been multiple sightings of habu snakes around tall grassy areas on Camp Kinser,” an August 20 Facebook post from Combat Logistics Regiment 37, 3rd Marine Logistics Group reads. “The grass has not been cut due to working out the new contract and unfortunately there has been a lot of rain. Please pass to anyone you know on Camp Kinser to stay out of the deep grass until it is cut.”

Citing a spokesperson from the Okinawa Defense Bureau, Stars & Stripes reported that the Marine Corps employs Japanese contractors to mow its lawns. Some service members have complained on social media that the grass on the base has grown so high that it blocks traffic on some base roads.

Marine Corps Installations Pacific spokesman Maj. Andrew Aranda told Stars & Stripes that the Marine Corps has focused on cutting grass in areas that “impact the operational readiness and training of our tenant units” and the “quality of life for our base residents.”

“We are diligently working through the federal regulations which allow us to make modifications to our grass cutting contracts that will bring the fastest resolution possible,” Aranda added. “These improvements will not happen overnight, but we are committed to making them happen as soon as possible.”

“Despite the lack of bites this year, there is always a risk because we are living in the snake’s natural habitat. We urge people to seek medical treatment immediately if … bitten by a habu,” Aranda added.

The habu snake has an average length of 4 to 5 feet. According to the Okinawa Institute of Science and Technology Graduate University, the “venom of the Okinawan habu is hemotoxic, destroying blood cells and tissues.”

Symptoms following a habu snake bite include nausea, vomiting and low blood pressure, and the venom can be fatal if not treated, though deaths are rare, according to a 2013 Japanese government report. In early 2013, Kadena Air Base issued a series of articles regarding the habu, stressing the importance of bitten individuals to immediately seek medical attention.

Hungry Snake Trying to Eat Its Own Tail