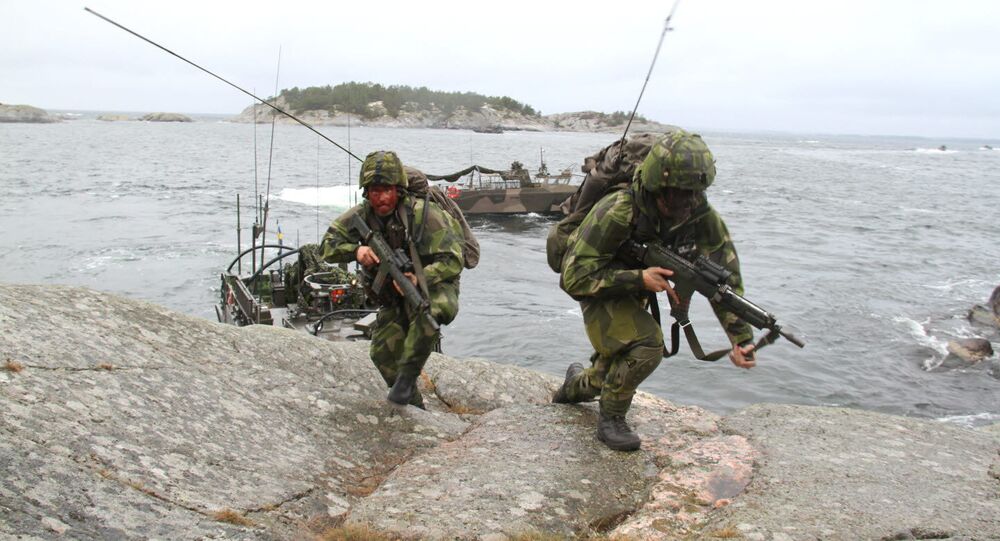 The idea behind the new tax levied on Sweden's largest banks is to enhance their contribution to society and at least partially finance an ambitious $2-billion defence hike.

Sweden's centre-left “red-green” government and its sidekicks the Centre and the Liberals have agreed on a SEK 20-billion (over $2 billion) defence hike.

Since the budgetary increase immediately raised funding questions, Social Democrat Finance Minister Magdalena Andersson explained that it would be at least partially financed through a “bank tax”.

“We have come a long way in working with the Ministry of Finance on what such a bank tax should look like, and the idea is then that it will yield SEK 5 billion ($500 million) by 2022”, Magdalena Andersson said, as quoted by Swedish national broadcaster SVT.

According to her, the tax will primarily affect “big banks and some other players that exist in the financial market”. She stressed that they, in the government's opinion, can contribute to society more than they do today.

“This is a sector that is making big profits today and that has been enjoying corporate tax cuts, so our assessment is that they can contribute more to the common cause”, Andersson explained.

However, critics of the bank tax believe that it will eventually land on the shoulders' of ordinary people.

“Don't be fooled, the bank tax is not introduced to finance the defence. It is introduced to pay for the family week, job sharing, night trips to Europe and other disasters”, Benjamin Dousa, the leader of the Moderate party's young wing MUF tweeted, pointing out that the bank tax will only cover a fraction of the total sum needed.

​The “bank tax” is expected to help enforce a new defence settlement agreed upon by the government and its allies.

“We have a better and stronger defense today than 2014, but much remains to be done”, Hultqvist ventured.

The defence agreement includes a sweeping upgrade of all military branches. Most importantly, the overall number of defence personnel will be increased from today's 60,000 to 90,000, including home defence and civilian employees.

Moreover, a mechanised battalion will be placed on the Baltic island of Gotland, which had been de-militarised for about a decade. The number of conscripts will be increased from 4,000 to 8,000 by 2024. The defence agreement also includes an upgrade of tanks and combat vehicles, new air bases, procurement of 48 new Archer type artillery pieces, a replacement of older air defence systems from the shoreline, an upgrade of the Navy's vessels with air defence, enhanced submarine-hunting ability in marine helicopters, as well as new vehicles, boats, grenade-launchers and armoured vehicles for the home guard.