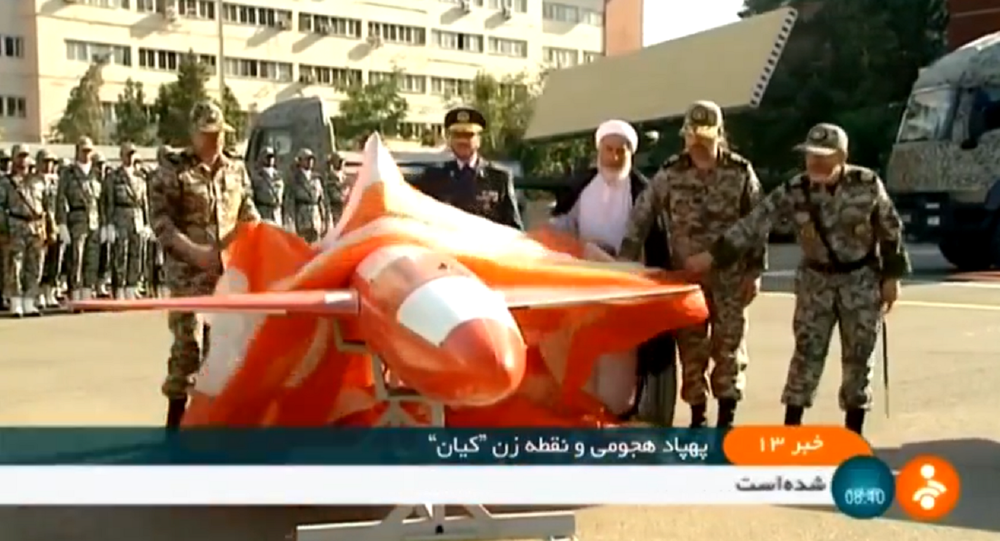 In recent months, the Islamic Republic has unveiled a host of new military equipment ranging from missiles and drones to air defence systems and jamming gear amid escalating tensions with the US.

The Iranian Army Air Defence Force’s drone development unit has completed work to create a new long-range drone platform known as the ‘Kian’ (Persian for ‘King’) which the military says is designed to carrying out either reconnaissance missions or precision strike operations.

Unveiled Sunday at a ceremony attended by Iranian Air Force commander Brig. Gen. Alireza Sabahifard, the new drone was shown off in action in footage aired on Iranian television.

#Iran has unveiled a new high-precision #drone that can hit targets far from Iran’s borders. pic.twitter.com/L4pSh0UDMo

The drone platform is said to have an operational range of over 1,000 km, and a flight ceiling of over 5,000 meters.

Speaking at the unveiling ceremony, Commander Sabahifard said the design, production and testing of the Kian drone was completed in about one year.

The Kian’s strike variant, Sabahifard boasted, was capable of launching attacks “far from the country's borders and undertaking air defence from the enemy’s territory.”

The presentation of the Kian comes just days after the unveiling of the Mobin, a next-generation radar-evading strike drone said to be capable of accelerating to up to 900 km per hour and of carrying up to 120 kg in armament, at the MAKS-2019 air show outside Moscow last week.

Iran has introduced a series of advanced, home-grown defence systems in recent months amid growing tensions between Tehran and Washington in the Persian Gulf, and fears of a brewing conflict between Tehran and Tel Aviv amid suspected Israeli attacks against alleged ‘Iran-related’ targets across Syria, Lebanon and Iraq.  Iran has been under a US arms embargo since the Islamic Revolution of 1979, with the country compelled to create its own defence industry.