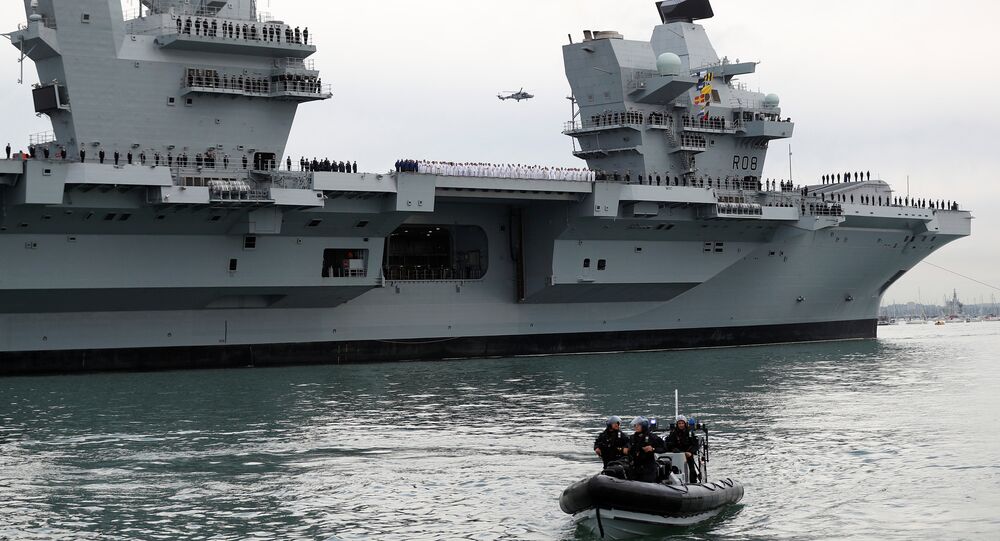 The statement comes as the captain of the UK Royal Navy’s most powerful ship admitted that HMS Queen Elizabeth suffers weekly floods, which he said are “inevitable”.

UK Defence Procurement Minister Anne-Marie Trevelyan has stated there is no need to send the HMS Queen Elizabeth to the Strait of Hormuz to defend Britain’s interests in the area in light of last month’s seizure of a British tanker by Iran.

“It depends on what you need it for, in the recent [encounter], the Iranian sharp-shooters in the little boats coming out and trying to hijack ships […] the reality is a patrol, a constabulary like Montrose is there to help them through”, Trevelyan said.

She added that “those cheeky Iranians in their little fast boats don't mess with” what Trevelyan described as a “very good warship”.

Tankers Seizures in the Gulf

She was referring to the Type 23 frigate HMS Montrose, which, along with the HMS Kent and HMS Duncan, was sent to the Persian Gulf in July to deal with freedom of navigation missions after the UK-flagged oil tanker Stena Impero was seized by Iran’s Islamic Revolutionary Guard Corps over an alleged violation of maritime rules earlier that month. In mid-August, the UK joined the US-proposed Gulf coalition against a purported Iranian threat.

The Stena Impero’s seizure was preceded by Gibraltar’s authorities, supported by UK marines, capturing the Iranian tanker Grace 1 near the Strait of Gibraltar over an alleged breach of EU sanctions, in what Tehran described as an act of piracy. The tanker was released in August and is currently sailing under the new name Adrian Darya.

He added that although the Queen Elizabeth’s design is “absolutely world class”, it’s unavoidable that “seals and valves can fail if you haven’t run systems for years” and that “floods are part of the business”.

The news comes after an array of problems have beset the UK’s most powerful aircraft carrier, including a shaft seal leak and an accidental trigger of the boat’s sprinkler system whilst in a hangar.