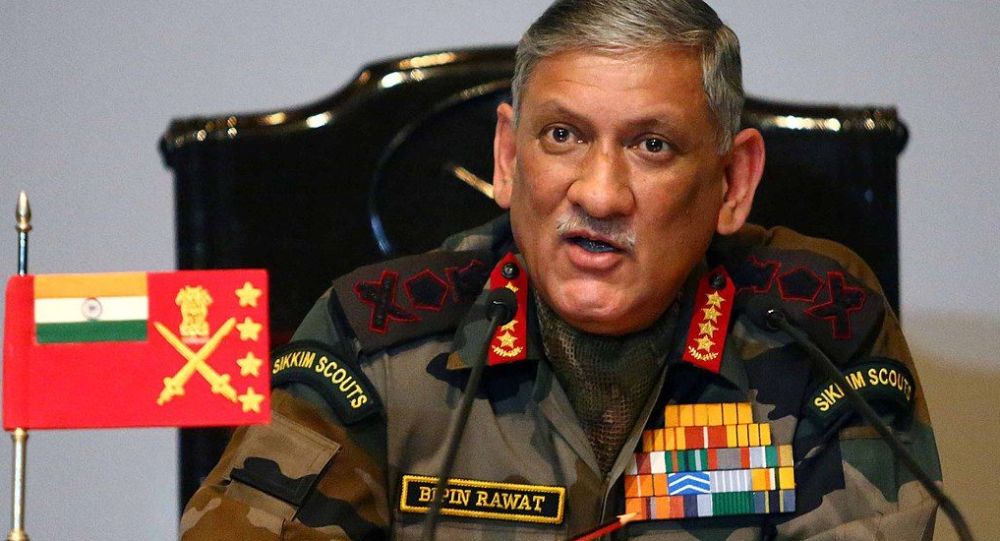 In last two days, the army chiefs of both Pakistan and India have visited forward areas and reviewed the operational preparedness of their forces along the Line of Control (LoC). Tensions between the nuclear-armed neighbours has risen since New Delhi revoked Article 370, which had granted Jammu and Kashmir a special constitutional status.

New Delhi (Sputnik) - Indian Army Chief General Bipin Rawat has asked his soldiers to keep an eye out for infiltration across the Line of Control (LoC) by terrorists who he says are ready to enter India from multiple launch pads.

Over 450 kilometres in length, the LoC is as a long military borderline that divides the disputed region of Kashmir between India and Pakistan.

General Rawat reviewed the operational preparedness of the forces along the LoC in the Kashmir Valley on Friday, August 30 on the the first day of a two-day visit, his first since the abrogation of Kashmir's special constitutional status.

The Army chief shared intelligence with his commanders and interacted with troops, who were briefed by local commanders on existing ceasefire violations and the situation on the ground. Rawat said that his troops had to be ready for any eventualities.

Rawat has been taking stock of the military situation in the valley and forward areas amid reports of a massive deployment of troops and elite commandos by the Pakistan Army along the LoC.

Meanwhile, on Thursday, Pakistan's Army Chief General Qamar Javed Bajwa visited the forward area near the LoC and was briefed on the Pakistani army's state of operational preparedness.

“Strike Corps has critical and decisive role in war. Your state of preparedness, training standards and high morale are very encouraging which enhance the confidence,” Gen Bajwa said to the troops.

Pakistan observed “Kashmir Hour” from 1200 noon local time, when the movement of people and vehicles came to a standstill across the country as an expression of solidarity with the people of Indian-administered Kashmir.

Tensions between the nuclear-armed neighbours has risen since New Delhi amended Article 370 which had granted Jammu and Kashmir a special status. Kashmir has been a bone of contention between the two countries since they gained freedom from British colonial rule in 1947. Both govern it in parts, but claim it in full.

At Least One Person Killed After Pakistan and India Exchange Heavy Firing, Shelling across LoC