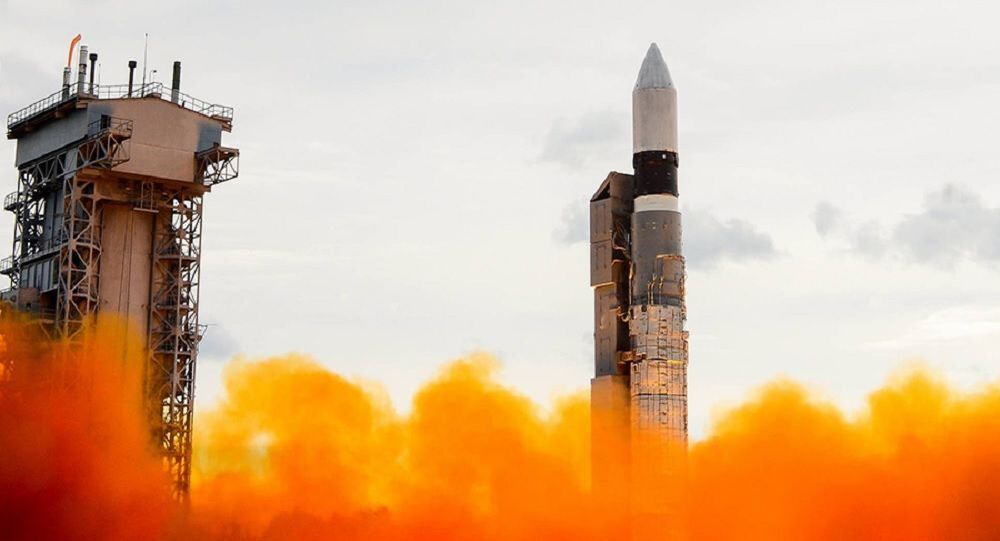 MOSCOW (Sputnik) - Russia's Space Forces have launched a Rokot carrier rocket with a military spacecraft from the Plesetsk space centre in the north of the country, the Defence Ministry said.

"All pre-launch operations and the launch of the Rokot space rocket were successful. The ground assets of the Space Forces carried out control over the launch and the flight of the launch vehicle", the ministry said.

The Russian Defence Ministry has carried out the last launch of the Rokot space rocket and terminated the operation of these outdated launch vehicles due to plans to switch to the use of modernised rockets of this type, the chief of Plesetsk space centre in northern Russia, Maj. Gen. Nikolai Nestechuk told reporters.

"One more launch is planned in the interests of [Russian State Space Corporation] Roscosmos", he said.

In August last year, Russia's Roscosmos State Space Corporation reported that Khrunichev Center, which is part of Roscosmos, was developing the Rokot-2 rocket with the Russian-made control system. At present, the first edition of the Rokot launch vehicle uses the Ukrainian control system.

The Rokot space rocket uses accelerator units of the RS-18B intercontinental ballistic missiles and the Breeze-KM upper stage. A total of 29 launches of Rokot-class rockets from the Plesetsk cosmodrome have been conducted to date. All stages of the Rokot and the Breeze-KM use toxic fuel components (unsymmetrical dimethylhydrazine as fuel and nitrogen tetroxide as oxidiser). The rocket's control system was produced at the Ukrainian engineering bureau Khartron.

The Rokot booster was developed in the 1990s on the basis of the decommissioned SS-19 Stiletto (RS-18) ballistic missile.

The first Rokot launch from the Plesetsk space centre took place on 16 May 2000.

Launches of Russian Rokot-2 Rocket May Begin Again in 2021