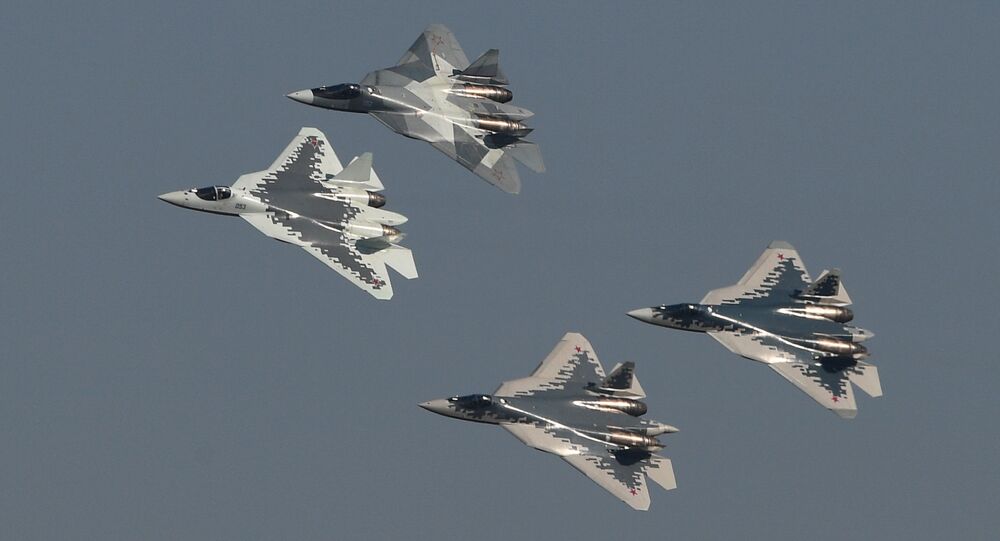 Turkish President Recep Tayyip Erdogan has confirmed that Ankara is in talks with Moscow to buy Su-57 fighter aircraft. He added that he believed there would be more business with Russia in future.

"Negotiations [on Su-57] are underway, and they will continue. Representatives of our ministries remain in Russia after the MAKS-2019, and they are working there. We will be acting, having put on the negotiating table our conditions on loans and joint production. If the United States does not change its stand [on delivering F-35 destroyers], we will look for a way out of the situation", Erdogan told reporters.

The statement comes after the Russian Federal Service of Military-Technical Cooperation reported that Erdogan also expressed interest in Russia's newest MiG-35 fighter jet, as well as discussing the possible purchase of Russian Su-35 or Su-57 fighters.

Erdogan attended the MAKS-2019 air show outside Moscow together with Russian President Vladimir Putin on 27 August.

The Su-57 fifth-generation fighter jet, formerly known as Prospective Airborne Complex of Frontline Aviation (PAK FA), is a single-seat, twin-engine multirole "stealth" aircraft designed for air superiority and attack roles. It is equipped with an advanced avionics system and airborne active phased array radar as well as with a variety of high-precision weaponry. The jet carried out its maiden flight in 2010 and the first production aircraft is expected to be delivered in 2019 with a second to follow in 2020.

The United States announced in July its decision to suspend Turkey's participation in the F-35 programme over Ankara's purchase of Russian-made S-400 air defence systems, adding that the country would be completely removed from the project by late March 2020.