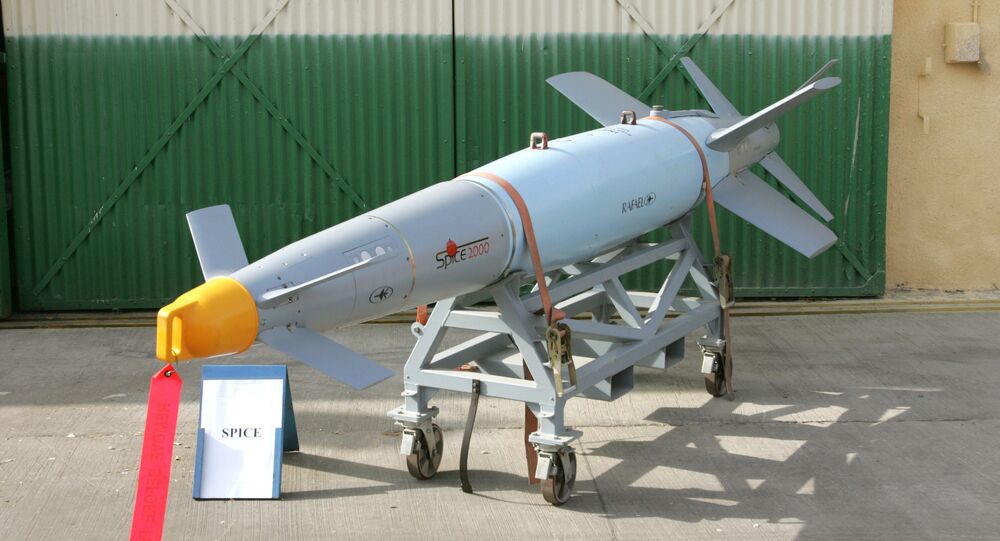 New Delhi (Sputnik): India ordered Spice-2000 ‘building blaster’ bombs from Israel in June this year, after their successful deployment during the February standoff with Pakistan. The Indian Air Force used the weapons to bomb the hideout of terror group Jaish-e-Mohammed in a building in Balakot, in Pakistan-occupied Kashmir on 26 February.

New Delhi had signed a contract for the acquisition of 100 Spice-2000 bombs at a cost of $41.67 million.  The delivery is scheduled to take place concurrently with Israeli Prime Minister Benjamin Netanyahu’s visit to New Delhi for bilateral talks with Prime Minister Narendra Modi.

Indian Air Force sources told news agency ANI, that the bombs along with the Mark 84 warhead, which is capable of complete destruction of buildings would be delivered in September.

Top IAF sources: Indian Air Force (IAF) to receive the advanced version of the Spice-2000 air to ground guided bombs by mid-September from Israel. The bombs are being delivered to India as part of around Rs 300 crore contract signed in June this year. pic.twitter.com/q7OiLYAh0H

​Spice-2000 is considered to be the biggest conventional bomb the Indian Air Force can deliver on the French-made Mirage-2000 jets. The kit for Spice-1000 is available for 500-kilogram bombs, with a glide range of nearly 100 kilometres, and in a more powerful version, the Spice-2000, with 1000 kilogram bomb capability and a range of 60 kilometres. It can locate a target with more precision, jam GPS and reduce collateral damage.

The emergency acquisition of these lethal bombs comes in the wake of heightened tensions between the nuclear-capable rivals, since this February.

There have been war threats by Pakistan leaders, including Prime Minister Imran Khan, who threatened to go to any extent on the Kashmir situation.

"If the [Kashmir] conflict moves towards war then remember both nations have nuclear weapons, and no one is a winner in a nuclear war. It will have global ramifications," he said in a national address on Monday 26 August. On Wednesday 28 August, Pakistan's Federal Railway Minister predicted a full-blown war between the two countries in October or November.

This flare-up between India and Pakistan began after New Delhi stripped Jammu and Kashmir of its special status and divided the state into two federally administered territories earlier in August.

Pakistan, which claims to be a stakeholder in Kashmir, rejected Indian Parliament's decision and went on a diplomatic offensive; expelling New Delhi's envoy to Islamabad and scaling down its mission in India, it also suspended trade and communications.

Kashmir has been a bone of contention between the two countries since they gained freedom from British colonial rule in 1947. Both govern it in parts but claim it in full. The rivals have fought two wars over Kashmir.