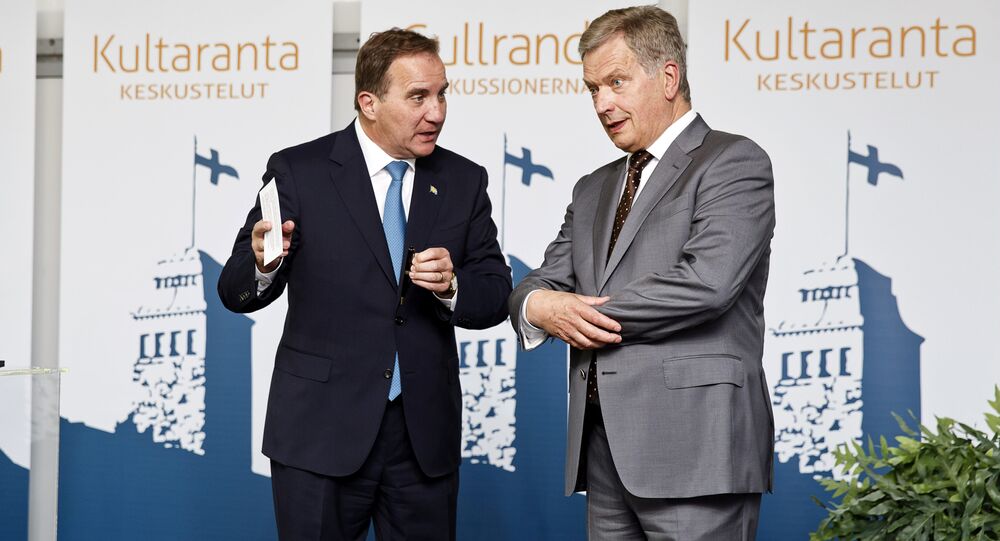 Finnish President Sauli Niinistö has mentioned tensions between superpowers as one of the reasons why he seeks to tighten security cooperation within Scandinavian countries.

Finnish President Sauli Niinistö has invited Norway's prime minister, as well as defence and interior ministers to Sweden for an informal meeting to discuss closer security cooperation in a trilateral format.

According to the president's office, the initiative came from Niinistö personally. The idea is to arrange a free exchange of views on security policy.

In his recent speech to ambassadors, Niinistö mentioned superpower tensions and a "volatile" global situation, rife with conflicts in various parts of the world.

"What's new to the situation since the end of the Cold War is that the power struggle is now expanding more openly on all continents", Niinistö mentioned, identifying the United States, China and Russia as three "poles" of modern geopolitics. "This triangle, with Washington, Beijing and Moscow in each corner, now sets its mark on the entire international security situation", Niinistö said.

"This is why I convened an unofficial meeting between the prime ministers, defence ministers and home ministers from Finland, Sweden and Norway in early September. The idea is for the first time in this arrangement to create space to exchange ideas about security policy in a free form", Niinistö said, as quoted by national broadcaster Yle.

Niinistö stated that he was pleased with the level of cooperation between Sweden and Finland, which, he said, has been intensifying "at an astonishing pace" in recent years, and pointed out the importance of establishing new contacts with the mutual neighbour Norway.

Swedish Prime Minister, Stefan Löfven's office, has confirmed that the country's government has been contacted. According to Löfven's press secretary Maria Soläng, the idea is to discuss various security issues, "especially with bearing in our immediate area".

According to Löfven's office, Löfven himself, Defense Minister Peter Hultqvist and Interior Minister Mikael Damberg will attend the informal meeting in Finland.

The peculiarity of the trilateral cooperation is that NATO member Norway is not a member of the EU, yet Sweden and Finland, both EU members, are not aligned with NATO, and historically are prone to policies of neutrality.

Finland's conscription-based armed forces number some 12,000 staff and over 20,000 conscripts; The nation's total military strength is listed as 280,000 personnel, the largest in northern Europe.

The Swedish Armed Forces number about 20,000 active personnel. At present, its defence expenditure is about 1 per cent of its GDP, which is a far cry from around 3 per cent it enjoyed at the height of the Cold War. After about a decade of a volunteer-based army, Sweden resumed conscription and re-militarised the key Baltic Island of Gotland.

The Norwegian Armed Forces numbered about 23,000 active personnel and became the first in Scandinavia and entire Europe to extend conscription to women. Norway's current military spending of 1.6 per cent of GDP, which is below NATO's two per cent target, has earned rebukes from US President Donald Trump.

Finnish Politicians Under Fire for Blocking Critics on Social Media