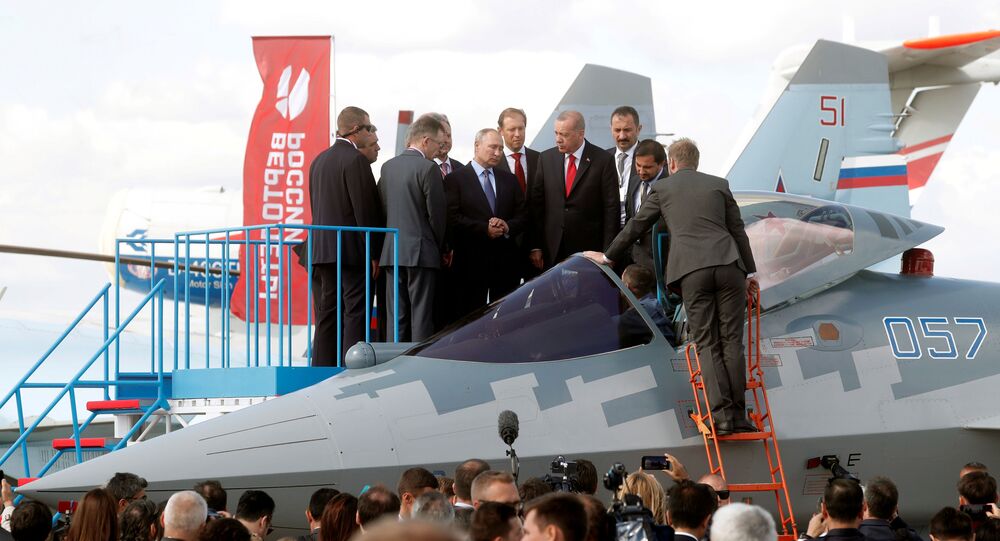 Apart from Russia's Su-35 or Su-57 fighters, Erdogan has expressed interest in the MiG-35 aircraft, Shugayev stated at the MAKS-2019 International Air Show held at the Moscow Region's Zhukovsky airfield.

"The MiG-35 is a very interesting aircraft. By the way, President Erdogan stopped yesterday at its model and asked several professional questions in terms of armaments and flight characteristics", Shugayev noted.

According to the head of the Russian Federal Service of Military-Technical Cooperation, Russia received several applications to purchase its advanced Mig-35 fighter.

The MiG-35 is a multipurpose fourth-generation fighter jet and an advanced derivative of the original MiG-29M/M2 and MiG-29K/KUB fighters. It features improved combat capabilities and flight performance characteristics.

Following the meeting at MAKS-2019, Putin stated that Turkey and Russia had discussed the possibility of maintaining cooperation in the defence industry, including on both fourth-generation Su-35 and fifth-generation Su-57 jets. He also noted that Turkey is interested in not only purchasing, but also jointly producing military products.