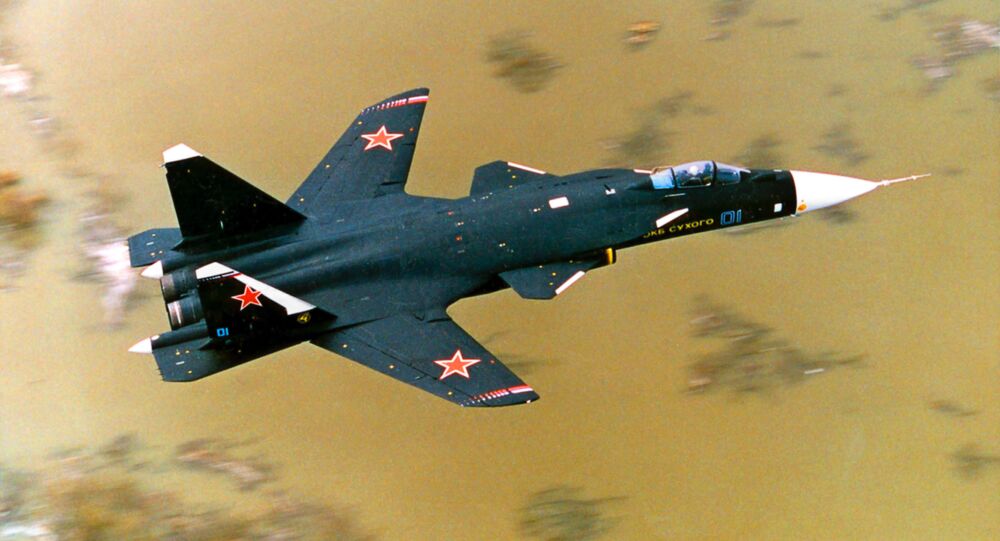 The Su-47 was never launched into full production due to its development starting not long before the dissolution of the Soviet Union, but what was achieved laid the basis for Russia’s top-of-the-line fifth-generation fighter Su-57.

Visitors to Russia’s MAKS-2019 air show, which took place not far from Moscow, had a chance to take a look at the legendary experimental hypersonic jet, Sukhoi Su-47 Berkut (NATO reporting name Firkin) shown at the exhibition.

The jet became widely known for its unusual forward-swept wing that made the Su-47 highly agile and manoeuvrable, especially at lower speeds. The wing also improved the fighter's ability to take off and land, as well as reduced its visibility to radars.

Its revolutionary design protected the aircraft from stalling and spinning, allowed for the angle of attack to be more easily changed and also reduced requirements for minimum speed. Its trade-off however, was increased stress on the wings that forced them to be mostly made of composite materials, instead of titanium or aluminium.

The Su-47's development started not long before the dissolution of USSR and was greatly hindered by a lack of government funding. Sukhoi still managed to take the project to the experimental model stage, which made its maiden flight in 1997. The jet never made it into mass production, but many technologies that were tested on it served as a basis for the fifth-generation Su-57 jet – Russia’s top-of-the-line fighter.