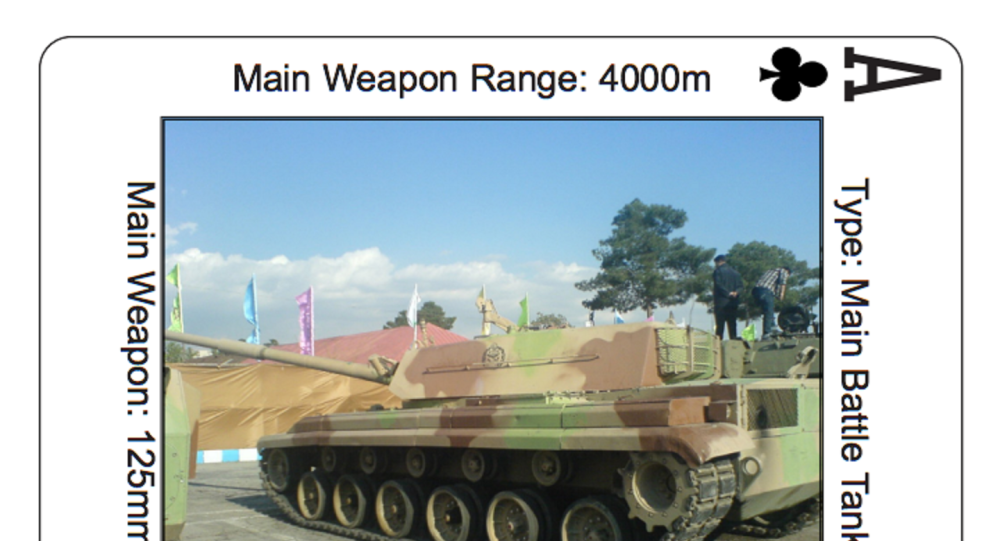 This week, Australia said that it would be joining the US-led ‘maritime security coalition’ forming in the Persian Gulf amid tensions following a string of tanker attacks, ship seizures and drone shootdowns in the area. The UK and Israel said earlier that they would be joining. Tehran has urged outside powers to stay out of the region's waters.

The US Army is distributing decks of cards featuring Iranian weapons systems to “familiarise” troops with the country’s growing arsenal, the Federation of American Scientists has reported.

Images of the cards, similar in format to the ones introduced by the Bush administration ahead of the 2003 US invasion of Iraq, which featured senior members of Saddam Hussein’s government and military, were published on the FAS website.

The Army has given soldiers playing cards with images of weapons used by Iran so they can get familiar with them. They've done the same with Russia and China and are working on a deck for North Korea, according to FAS https://t.co/8quQfIpWoY pic.twitter.com/kckmRg7fCr

What is it with the US military, HVTs & playing cards via @FAScientists https://t.co/ltULrc0er1 #Iran @USArmy pic.twitter.com/3AxziM5Pbd

The US Army issued Russia and China-related weapons identification playing cards earlier this year, and plans to issue a new deck with North Korean weapons in the near future.

The US Army has yet to comment on the Iran card deck, with some online observers fearing the cards could mean that a conflict with Iran may be imminent.

On Thursday, Iran showed off its new Bavar 373 air defence system and other advanced weapons at its Defence Industry Day ceremonies. The system was just one of multiple new missile, drone and air defence systems and other equipment unveiled in recent months amid the escalation of tensions in the region which followed the US move to send a carrier strike group to the Middle East in May.

In mid-May and mid-June, multiple commercial tankers were sabotaged in the Persian Gulf and the Gulf of Oman, with the US blaming Iran for these attacks, while Tehran claimed they were a bid by the US and its Israeli, Saudi and Emirati allies to escalate tensions. Tensions escalated further on June 20, when Iran shot down a $220 million US drone over its airspace in the Strait of Hormuz. Later, US President Donald Trump revealed that he had called off planned airstrikes on targets across Iran at the last minute after being told how many Iranians would be killed, saying such strikes would not be “proportionate.” Iran’s Revolutionary Guards later said that its air defence troops spared a US reconnaissance aircraft operating alongside the US drone from destruction, despite the fact that it too had violated Iran’s airspace.

Last week, Rear Admiral Amir Rastegari, a senior figure in Iran’s defence industrial complex, said Iran’s progress toward attaining self-sufficiency in the defence sector, and not the “kindness” of its adversaries, was responsible for the caution being shown by the US and its allies in relation to Iran.

On Thursday, Iranian Foreign Minister Mohammad Javad Zarif reiterated that Iran would not be the one to start a military conflict in the Gulf, but would defend itself as necessary.