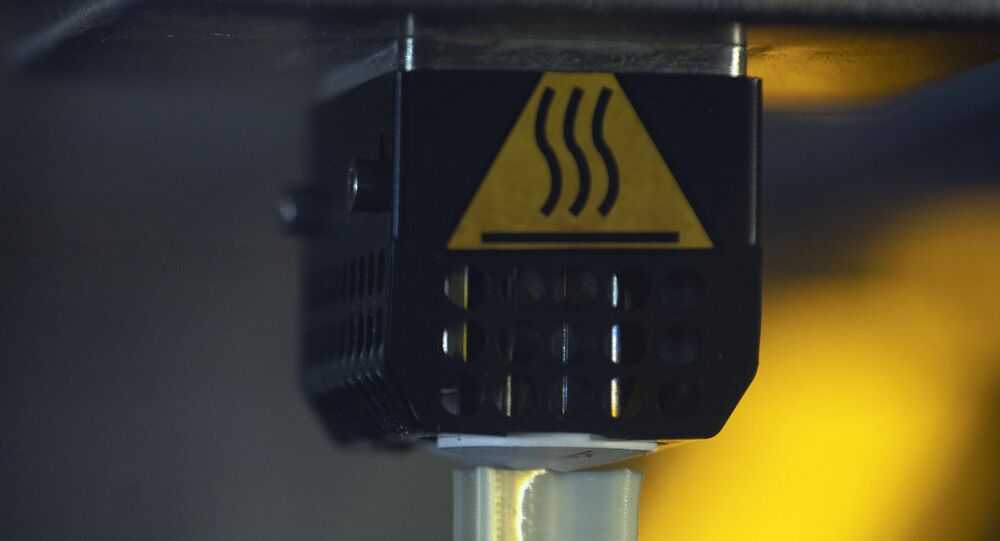 The 3D printing industry has been experiencing a boom in recent years, with enthusiasts adapting the new technology to make not just parts for machines and other contraptions, but to build entire cars and even rudimentary housing.

The 60th Maintenance Squadron, stationed at the US Travis Air Force Base in California, has recently employed a new procedure to obtain spare parts for its planes – by printing them with a 3D printer at the base, instead of waiting for deliveries, which don’t come quickly.

The Stratasys F900 3D printer is capable of printing parts made from Ultem 9085, a flexible but strong plastic, up to 36-by-24-by-36 inches (91-by-61-by-91 centimetres) large and was first used to print two latrine covers for one of the biggest American strategic transport aircraft – a C-5M Super Galaxy.

"It brings us a capability that we’ve never had before. The latrine covers we just printed usually take about a year from the time they’ve been ordered to the time they’ve been delivered. We printed two of the covers in 73 hours", the 60th Maintenance Squadron's Metals Technology Section Chief John Higgs said.

The operators of the printer are currently downloading the schematics for the necessary parts from the Joint Engineering Data Management Information Control System, but so far not all of the parts have been added to the database.

Currently, only Travis Air Force Base possesses the capability to print non-structural spare parts for its planes, and, according to Higgs, it has already received requests from the Air Force to help it with refilling the stocks at other bases. The technology is thus expected to save both time and money for the Air Force.

Lockheed’s C-5 Super Galaxy is one of the biggest strategic transport aircraft in the world, capable of carrying outsized and oversized cargo. Despite its outstanding capabilities, the development of the plane was haunted by cost overruns and problems during its initial deployment, such as cracks in the wings.