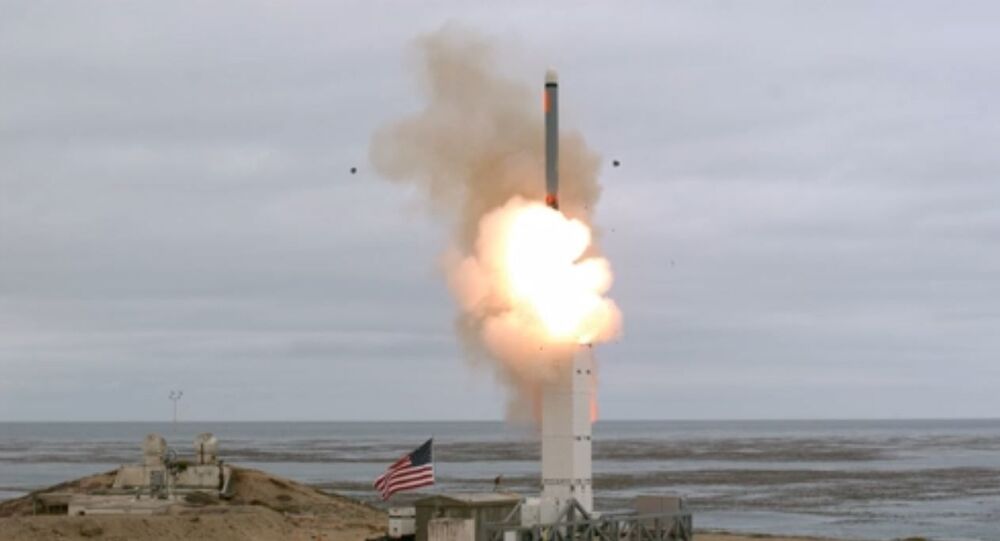 The Intermediate-Range Nuclear Forces Treaty (INF) came to an end on 2 August after the United States repeatedly accused Russia of breaching the accord, a claim denied by Moscow.

The missile test was conducted on 18 August at 2:30 p.m. PDT (9:30 p.m. GMT) from San Nicolas Island, California, and the Pentagon stated that "the test missile exited its ground mobile launcher and accurately impacted its target after more than 500 kilometres of flight".

"The Department of Defence conducted a flight test of a conventionally-configured ground-launched cruise missile off the US West Coast Sunday. We are currently evaluating the results of the test", Lt. Col. Carla Gleason told reporters.

According to US defence officials, "data collected and lessons learned from this test will inform the Department of Defence’s development of future intermediate-range capabilities".

US Orders Equipment for Testing Missiles Formerly Banned Under INF