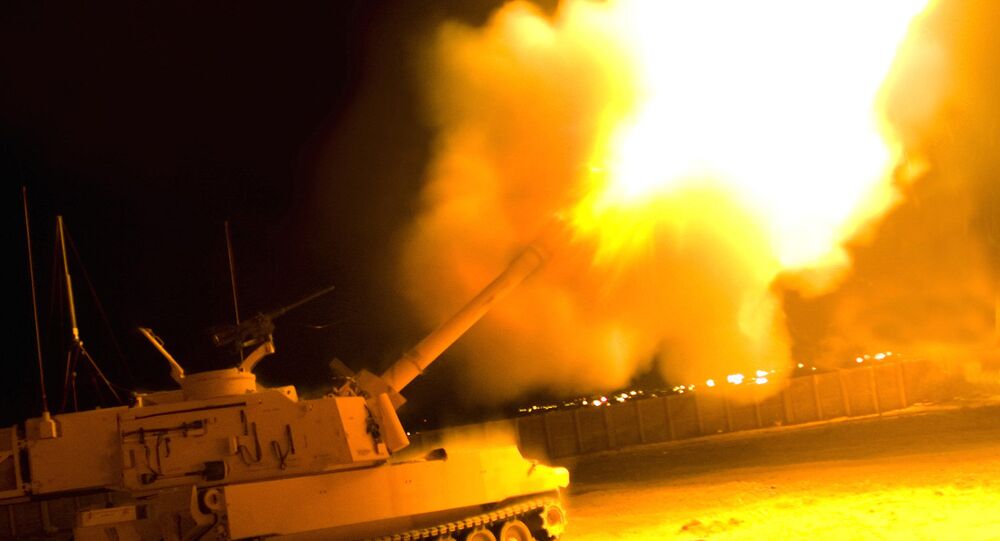 The US Army is developing a new kind of “smart” artillery round that can find targets and adjust its flight path to hit them.

The Cannon-Delivered Area Effects Munitions (C-DAEM) is a new 155-millimeter artillery round in development for the Army’s M777 howitzer, M109A6 Paladin self-propelled howitzer and new XM1299 self-propelled howitzer. The high-tech shell will be able to guide itself toward its intended target, even in areas where GPS is jammed by enemy forces.

The munition, which has a 43-mile range, will take more than a minute to reach its target, and can slow down and guide itself on the way. By doing so, it makes it easier for the Army to hit targets that move around, like vehicles and infantry - although it can’t hit a moving target yet.

Popular Mechanics notes that C-DAEM will replace the dual purpose improved conventional munition (DPICM), a type of cluster munition that made up for a lack of precision accuracy by scattering bomblets above the battlefield, ensuring it would at least do some damage to its target even if it didn’t hit it directly. However, there’s always a percentage of those bomblets that don’t explode when they’re supposed to, and wind up injuring or killing civilians who stumble upon them, sometimes years later.

The new round can reportedly land within seven feet of its intended target, close enough to do some serious damage, even without a direct hit.

The Army asked Congress to redirect $24 million last month toward funding the C-DAEM program, which as part of the Pentagon’s Long Range Precision Fires program is the service’s chief concern.

According to Defense News, the new round is scheduled to be in service as early as next year.

Native American Tribe Suffers From Artillery Noise From US Military Base