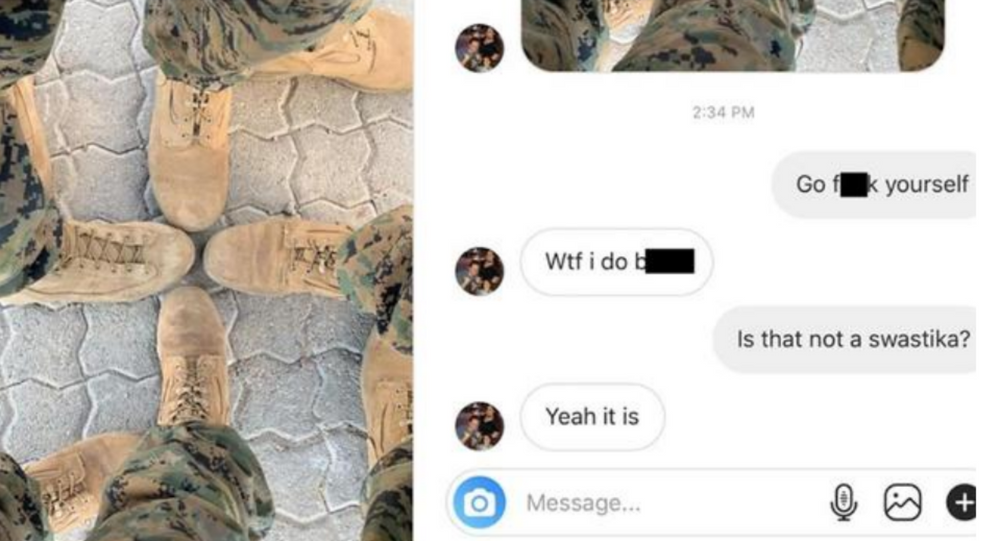 A member of the US Marine Corps has been demoted in rank after posting a since-deleted Instagram photo of himself and other Marines arranging their boots to form a swastika.

The Marine Corps Force Reserve began looking into allegations against Schroader a few months ago after Max Uriarte, an American comics artist who satirizes US Marine Corps life in his work, alerted them of the photo on April 26.

The identities of the other Marines in the image are unknown, Hollenbeck told Task & Purpose in June.

The US Marine Corps announced in June that Lance Cpl. Mason E. Mead, an infantry assault Marine with the 1st Battalion, 3rd Marine Regiment, was kicked out of the Corps for white supremacist social media posts. In one of the photos posted on his Twitter account, a Marine is pictured arranging TNT blocks into the shape of a swastika, although it is unclear if the Marine in the photo is Mead himself.