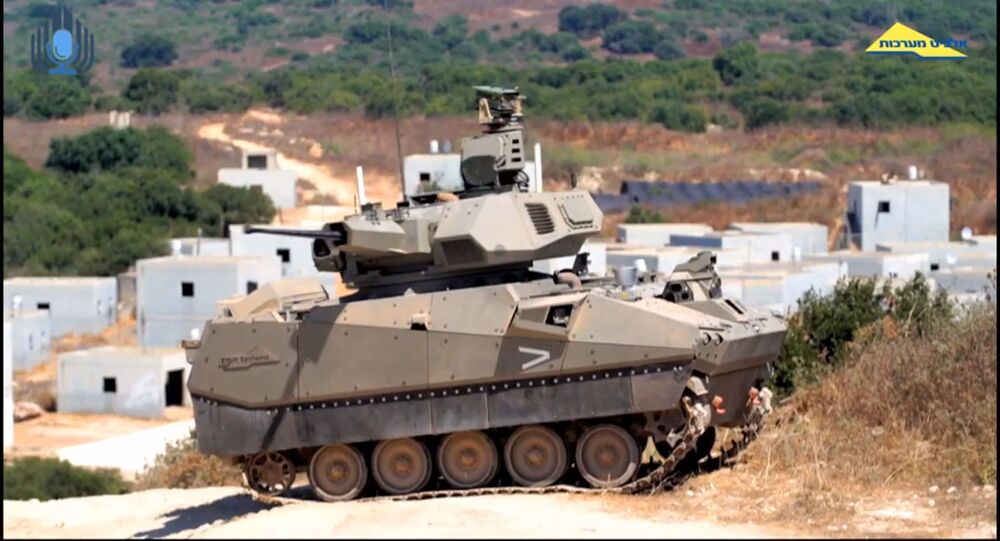 The Israeli Army has been using its Merkava main battle tank for the last 40 years, announcing the development of a replacement only in 2018. However, the project to create a next generation tank has turned into an idea of developing new technologies for both modern and future vehicles.

The Israeli Defence Ministry showcased in a recently released video three prototypes of new battle tanks that could replace the Merkavas in the future. The three different models were developed by three major Israeli military contractors, Elbit, Rafael, and Israel Aerospace Industries, within the Carmel armoured fighting vehicle (AFV) project.

According to the Defence Ministry's statement, the idea behind the project was to develop a more "agile, effective, innovative, compact, easy-to-manoeuvre" tank that would cost relatively little.

“The purpose of the programme was to develop the technology necessary for the 'combat field of the future', maintaining operational superiority via technological superiority", the ministry said.

One of the tasks that the contractors had to solve was to reduce the vehicle's team to two persons. All three contractors focused on increasing the tank crew's awareness of the combat situation and on replacing some of the functionality previously done by additional crew members with artificial intelligence (AI) technologies. But they each did it in their own way.

The model developed by Elbit featured high-tech Iron Vision helmets, which are similar to those developed for the F-35 fighter aircraft. They give the tank's crew a 360 view of the battlefield, provided by numerous cameras installed on the outside of the vehicle.

Rafael's model provided similar functionality via several flat widescreen monitors and augmented reality technologies. In addition to this, the contractor developed a so-called "autonomous mission support system" that would allow the crew to autonomously plan its moves throughout a mission and control all vehicle weapon systems with the help of AI.

Israel Aerospace Industries also equipped its tank with wide panoramic screens for the vehicle's crew, but their model stood out due to its controls - the contractor connected most of them to a standard Xbox gaming system controller, which is familiar to soldiers who enjoy videogames.

The Carmel Project was launched in order to develop a new tank, with the Merkava having served for some 40 years and is expected to be replaced in two years by the Barak tank. However, eventually the project morphed into a source for technologies both for current and future armoured vehicles.

"The results of the Carmel programme will serve as the technological and engineering infrastructure of both the manned and autonomous defence and combat tools of the future”, the ministry said.