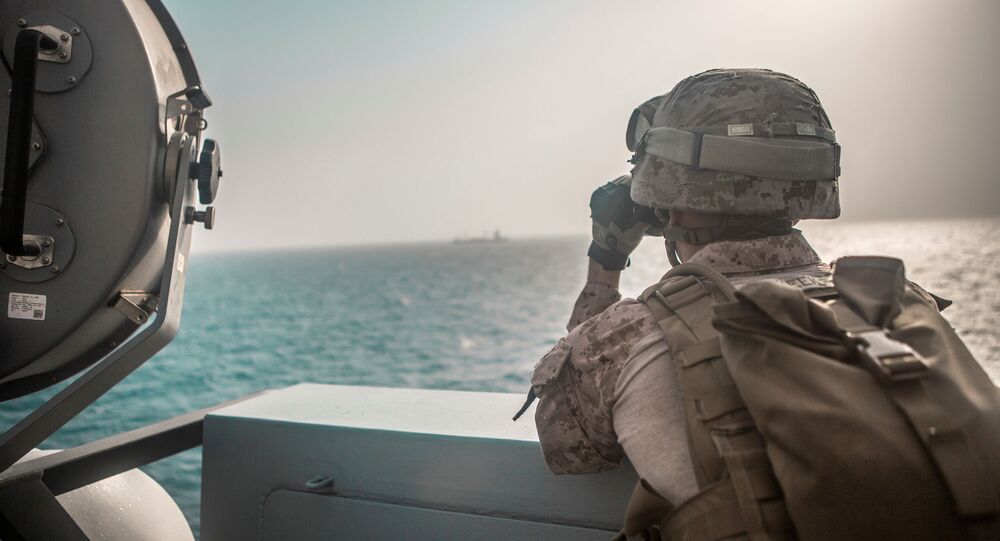 The top IRGC official said nations in the region provide enough security and should something happen, those countries will “come crashing” down on a perpetrator’s head. However, the official downplayed the possibility of an all-out conflict.

A US military maritime coalition in the Persian Gulf will never come to fruition, just like the previous ones did, Brigadier General Yadollah Javani, the Islamic Revolutionary Guards Corps (IRGC) deputy commander said Friday.

“The enemy should know that it cannot do anything. As have its previous coalitions, this one, too, will definitely go to rack and ruin and fail to materialize,” he said, according to Iran’s Fars news agency.

According to Javani, security in the Gulf region is already provided by its nations, including Iran and its armed forces.

“If they choose to perpetrate a blunder someday, the entire region will come crashing on their heads,” he said, adding that he does not believe Washington has serious plans to attack Iran.

Javani commented on the recent downing of a US drone, which culminated a period of rising tensions between the US and Iran over President Donald Trump’s “maximum pressure policy.” The drone was shot down by an Iranian anti-aircraft missile after it violated Iranian airspace.

According to Javani, if the US drone had been downed using a Russian-built advanced S-300 or S-400 air defense system, its downing could not have been rated as “a source of pride,” Fars report reads.

“But this masterpiece of American technology, which is reputed for being radar-evasive and stealth in action, was hunted down by an indigenous [Iranian] defense system dubbed Khordad-3,” he said.

In July, British Marines and Gibraltar authorities seized an Iranian tanker, claiming it was heading to Syria in violation of international sanctions imposed on Damascus. Iran condemned the move, calling it “piracy.” Shortly thereafter, Iran seized the British-flagged tanker Stena Impero, claiming it was underway without its recognition beacon, in violation of international maritime regulations.

Early in July, the US floated the idea of creating a maritime coalition to patrol the Strait of Hormuz, in a bid to “ensure the freedom of navigation.” Washington invited several of its allies, but received a mixed response. Japan denied that it would take part in the mission, while Berlin sent conflicting signals. Belgium and Norway remain on the fence, while the UK said it intended to launch its own European protection coalition.

Sanctions Against Iran Effective, US to 'Enforce Them' Everywhere - Pompeo

How Can Russia Undermine US Plans for Iran?