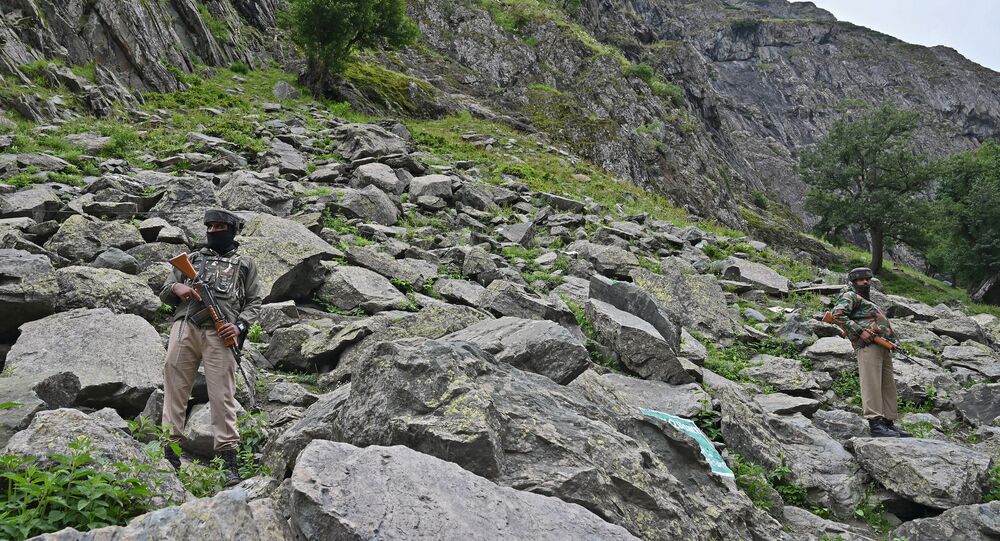 New Delhi (Sputnik): Tensions between India and Pakistan seem to be gradually ratcheting up along the Line of Control, with jet activities being reported on Friday on both sides of the de facto border.

As per a report, the armed forces of the two nuclear-armed nations have been engaged in heavy gunfire in northern Kashmir’s Baramulla district. It is taking place in the Hajipeer sector of Uri.

“Heavy firing has started in the area which has created panic in Churanda, Silikote, Tilawari, Sadpora and other villages living along the border”, a local official said .

Amid fresh shelling and fuel tanker jet activities, the Srinagar Airport Authority has called a meeting of the Special Airport Security Committee after a security advisory issued by Government of Jammu and Kashmir. Members of all the airlines attended the special meet.

Nevertheless, in the morning, the Indian government put its air force and army on high operational alert.

The Indian news agency ANI, citing unnamed sources, said that the Indian Air Force operations in Jammu and Kashmir are part of “normal activity”. Mirage 2000 fighter aircraft are also operating from airbases inside the state.

Earlier on Thursday, Pakistan summoned an Indian diplomat in Islamabad over ceasefire violations along the Line of Control (LoC) for a third consecutive day.

Pakistan also evacuated around 50 Chinese nationals who were working on a dam project along the confluence of the Neelum and Jhelum rivers due to heavy shelling.