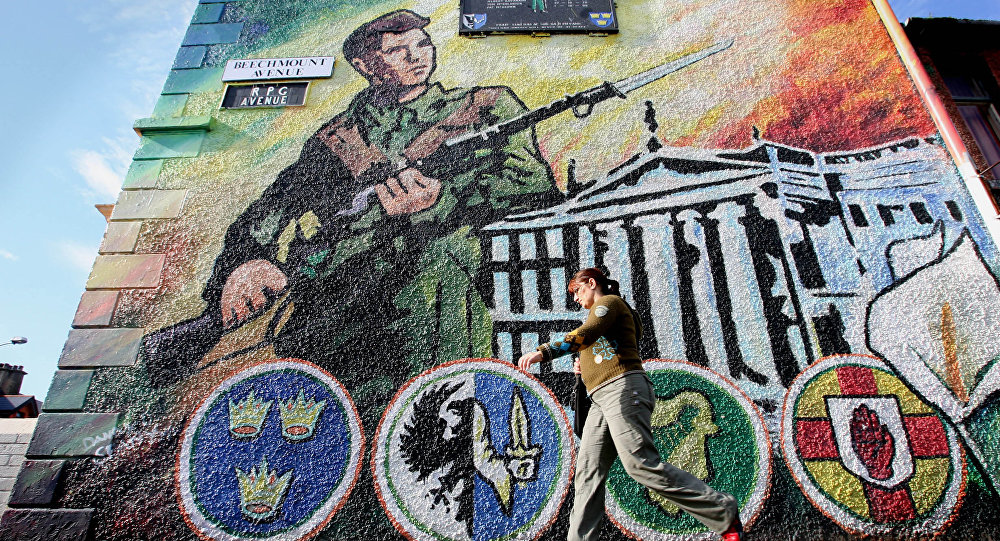 Rumours have long-abounded about the identity of Stakeknife - it’s widely believed Freddie Scappaticci, 73, was likely the double agent, although he denies the allegation. Operation Kenova was established in January 2018 to investigate claims of British state involvement in the kidnap, torture and murder of over 50 individuals.

Jonathan Laidlaw QC, one of the UK’s most prominent criminal lawyers, has become the legal adviser for detectives investigating the crimes of ‘Stakeknife’ - a high-level spy who successfully infiltrated the Provisional Irish Republican Army while working for the British Army’s top secret Force Research Unit (FRU) for 25 years.

The infiltrator, once described as the “jewel in the crown” of British military intelligence, was implicated in acts of murder and torture - and it'ss been suggested his British handlers were aware of, and may have even sanctioned, such activities. Stakeknife he ran the IRA’s internal security squad during the Troubles, a group which would abduct, violently interrogate and often kill suspected informants - little did his fellow enforcers know, all along he was passing on high-grade information to the British.

The Operation recruited Laidlaw, who’s previously defended News International boss Rebekah Brooks and prosecuted Al-Qaida bombers, to help its detectives draw up the legal papers needed to bring a prosecution - his appointment is perceived by legal experts as a sign of “serious intent” to put the army’s former top informant in the dock.

Speaking to The Guardian, one expert suggested the investigation needed someone like Laidlaw to “enable them to battle against the resistance both the Ministry of Defence and MI5 will put up to stop Stakeknife appearing in court”.

There are likely to be concerns among the British security services that the operative’s testimony may reveal the identities of alleged handlers, willingness among them to “sacrifice” low-level informers to protect their star agent, and other high level double operatives.

It's been estimated around half of all senior IRA members, and a quarter of all IRA members overall, worked for British intelligence during the ‘Troubles'. One police officer testified to the Smithwick Tribunal that of 210 republican terrorists arrested by his team, only three were not security force agents, with some employed by several agencies simultaneously.

The British state has also been found to collude with loyalist paramilitaries in Northern Ireland, most notoriously the Ulster Volunteer Force, a terrorist group responsible for over 500 murders. Declassified documents indicate a significant number of the group's victims were killed with the aid of information supplied by British intelligence. There were even several instances in which MI5 requested the group to assassinate certain people, orders not always obeyed — one prominent escapee of MI5's wrath was Irish Taoiseach Charles Haughey, a strong supporter of Irish unification and enemy of UK Prime Minister Margaret Thatcher.

Operation Kenova has gathered over 12,000 documents, recorded over 1,000 statements and conducted 129 interviews with witnesses, some of whom claim to have been abducted, tortured, threatened and beaten by Stakeknife’s IRA unit.