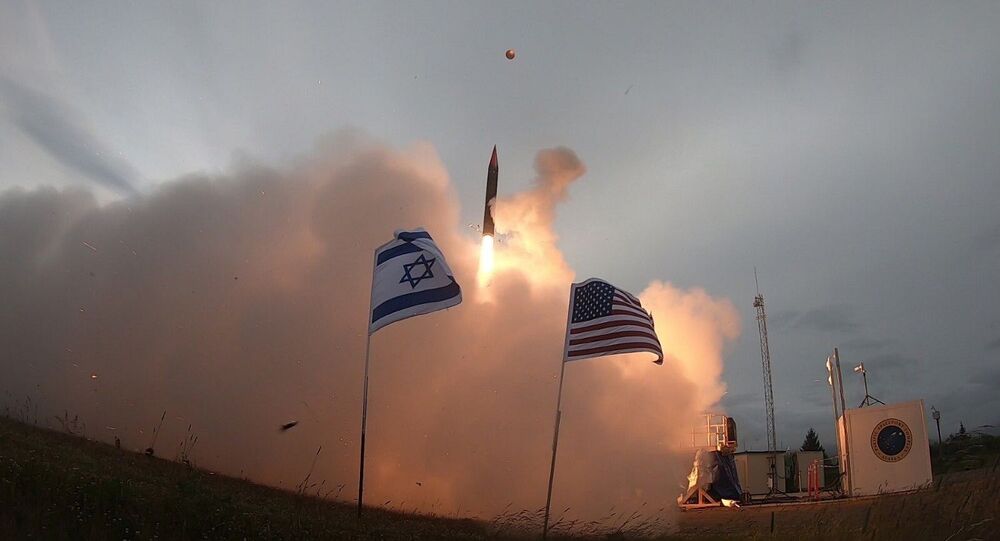 The Arrow 3 next-generation missile defence system has been jointly developed by Israel and the United States. The weapon system is designed to intercept ballistic missiles outside the atmosphere.

Israel has successfully carried out a number of tests of its Arrow 3 anti-missile system on Sunday, 28 July, alongside the American Missile Defence Agency in Alaska, the Israeli Ministry of Defence reported.

Prime Minister Benjamin Netanyahu has welcomed the tests, stressing that Israel demonstrated its capacity to withstand ballistic missiles launched 'from Iran or elsewhere'.

Earlier on Saturday, it was reported that Israel's Ambassador to the United States Ron Dermer had paid a visit to Alaska last week at a time when senior American officials were in Israel to discuss Iran. Before his trip to Alaska, Dermer had reportedly held lengthy consultations with Prime Minister Netanyahu.

The Israeli Air Force had previously successfully tested the system in January in central Israel. The country had been slated to conduct joint US-Israeli test in Alaska back in May 2018, but the operation was cancelled due to technical difficulties.

The latest trial run comes amid a medium-range ballistic missile test that was reportedly carried out by Iran on Wednesday. According to the Israeli government, Iran's Shahab-3 rocket is capable of carrying a nuclear warhead.

Arrow-3 is jointly manufactured by Israel and Boeing and was first deployed in Israel in 2017.
The system was designed to destroy missiles in space; it completed its first full interception test over the Mediterranean Sea in 2015.

The latest test comes amid strains in relations between Iran and Israel. Tthe Jewish state accuses the Islamic Republic of supporting “terrorist” groups such as Hezbollah and Hamas, and of waging proxy wars in countries such as Syria which could pose a threat to Israel's security. Iran denies the charges, accusing Israel and its allies of engaging in military aggression throughout the region.