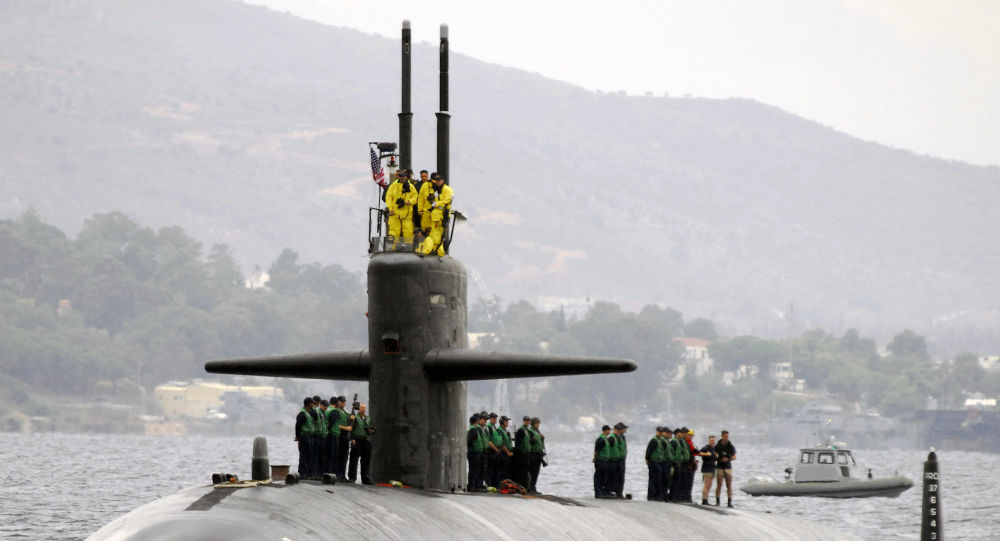 On Thursday, North Korea test fired two projectiles that fell into the Sea of Japan. Reacting to the launch, President Trump stated that the tests did not bother him, as they only involved short-range missiles.

A US Navy nuclear submarine, the USS Oklahoma City, docked in the South Korean city of Busan shortly after North Korea test fired two short-range missiles, according to US government sources as quoted by the Daily Star. This type of submarine carries mines and nearly 25 torpedo tube-launched weapons.

Pyongyang fired two short-range ballistic missiles that fell into the Sea of Japan on Thursday from an area close to the eastern coastal city of Wonsan. The South Korean Joint Chiefs of Staff later reported that the missiles flew a distance of about 267 miles at an altitude of 31 miles before falling into the sea. On Friday, North Korean state-run media reported that the launches were tests of a new tactical guided weapon and were observed by Kim Jong-un.

Kim himself later said in a statement that the launches were a "solemn warning" to South Korea against ramping up its military amid scheduled drills between the US and South Korea. Pyongyang has repeatedly warned that it views such military exercises as preparation for war against North Korea.

Despite the statement, Washington and Seoul are expected to proceed with their planned joint drills. President Trump, in his turn, downplayed concerns regarding the latest launch, saying that it did not bother him as the rockets involved in the tests were short-range missiles.

Both the test launch and the arrival of a US nuclear submarine in South Korea come less than a month after Kim Jong-un and Donald Trump held a meeting in the Demilitarised Zone, where the two agreed to reinvigorate denuclearisation talks by engaging in working-level contacts.