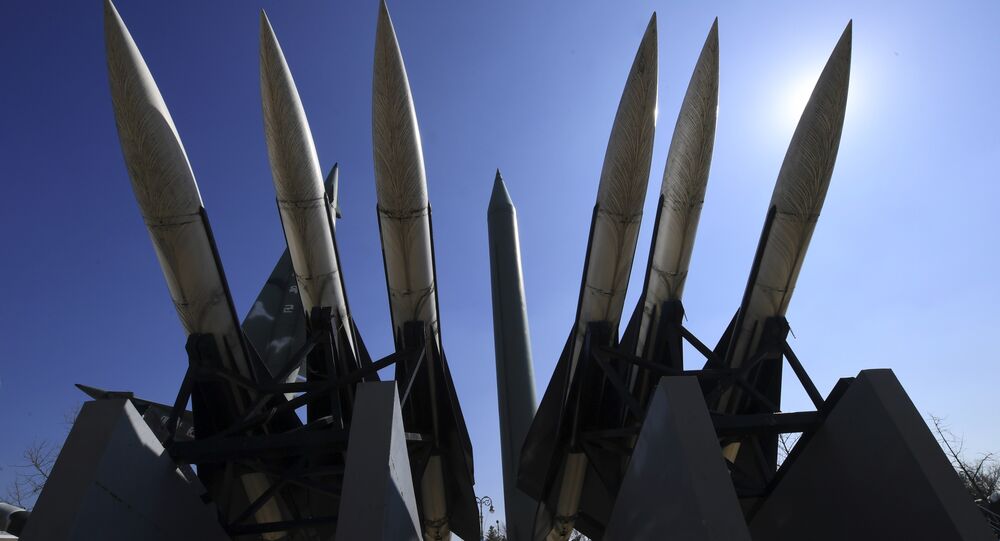 TOKYO (Sputnik) - New North Korean projectiles have trajectories that are not typical for conventional ballistic missiles, making it difficult to intercept them, the Japanese Defence Ministry said on Saturday, as quoted by NHK.

The new North Korean projectiles had irregular trajectories and flew at lower altitudes than conventional ballistic missiles which makes it difficult to intercept them, the Japanese Defence Ministry said, as quoted by the boradcaster NHK.

With that, the defence officials acknowledged that these types of projectiles could reach Japan as, based on findings by the US and South Korean militaries, the ones launched on Thursday flew about 600 km (373 miles), the report added.

According to the broadcaster, Japan is determined to work out appropriate countermeasures in close collaboration with the United States.

On Thursday, North Korea fired two projectiles from an area close to its coastal city of Wonsan. South Korea's Joint Chiefs of Staff subsequently said that the launches were of two short-range missiles that flew around 267 miles at an altitude of 31 miles before falling into the Sea of Japan.

On Friday, North Korea's state-run media reported that the launches were tests of a new tactical guided weapon and were observed by the country's chief, Kim Jong-un.

The reports come less than a month after Kim and US President Donald Trump met in the Korean Demilitarised Zone and agreed to restart denuclearisation talks.