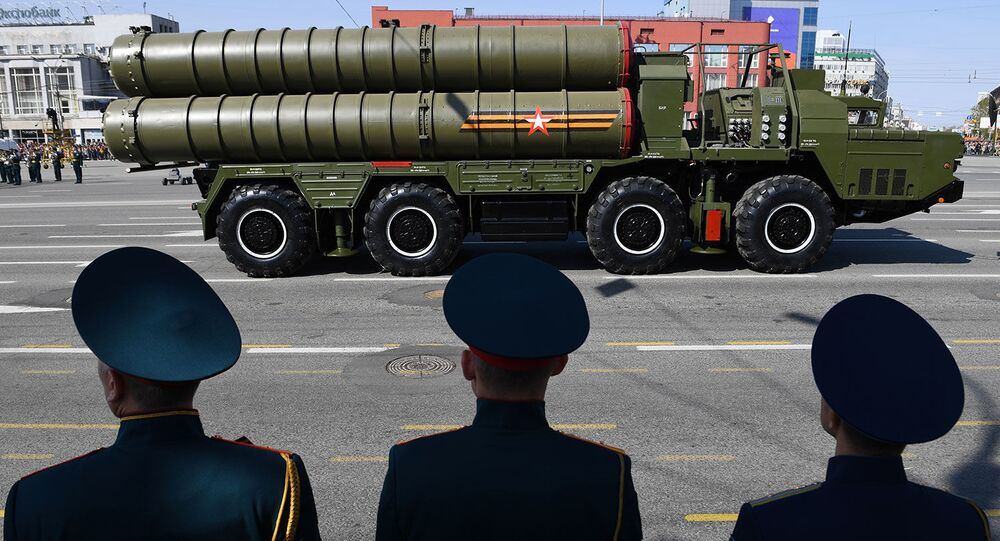 Previously, Russia began delivering its top air defence systems to Turkey despite major pressure from the US to force Ankara to drop its contract with Moscow.

Russia has sent the first ship with components of the new S-400 air defence systems to China, with two more to set off in the coming days, an anonymous source told Russian media. The three ships will reportedly deliver almost all the necessary parts for the second regiment of S-400s that was ordered by the Asian country.

The source added that the shipments are being made months ahead of schedule. Russia’s federal agency overseeing the country's military exports hasn’t commented on the report.

On the same day, spokesman for the Chinese Ministry of National Defence Wu Qian stated that Russia and China would continue to strengthen and improve their military cooperation, strategic partnership, and jointly combat terrorism in a bid to boost global peace, security, and stability.

In 2014, China became the first country to ink a deal for S-400 air defence systems with Moscow. The first regiment was successfully delivered in 2018, despite a minor delay due to damage caused to one of the shipments by a storm.

Russia also started shipping S-400 components to Turkey in July 2019 after striking a deal with the country in December 2017. The contract is being fulfilled despite intense pressure on Ankara from Washington, which wants Turkey to opt for American Patriot missiles instead of S-400s.

The US has threatened to exclude Turkey from the F-35 procurement programme, citing concerns that the new jet's weaknesses could be revealed to Moscow by the S-400s in Turkey, and to impose sanctions on the country for buying Russian military equipment.

Ankara has slammed Washington's threats and warned that this could negatively affect the strategic cooperation between the two NATO members. Turkish President Recep Tayyip Erdogan said that his country chose the S-400s because the US had failed to offer a more favourable deal than Moscow.

Turkey is not the only country that the US has pressured over the purchase of S-400s. Washington has also threatened India with sanctions unless it abandons a contract for the Russian air defence systems.