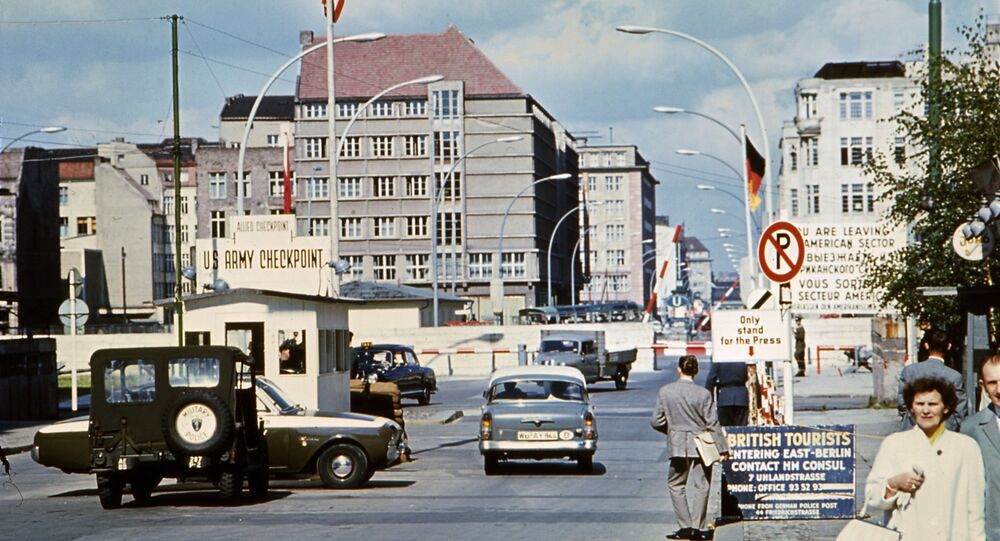 Cold War Memories: A Who's Who of Spy Exchanges and Prisoner Swaps

On 24 July 1969 Gerald Brooke, a British lecturer who had smuggled anti-Soviet leaflets into Moscow, was exchanged for Soviet spies. Sputnik looks at the case and other infamous Cold War prisoner exchanges.

Sir Alec Douglas-Home, the shadow foreign secretary and former prime minister, said: “Mr Brooke ought never to have received such a savage sentence for a minor infringement of Soviet law and this release is merely belated justice. It should have happened long ago. Therefore, for him and his wife, who has shown such courage, the House is unreservedly glad that his terrible ordeal is over.”

Sir Alec went on to say there was bound to be public anxiety about the exchange of Mr Brooke for the Krogers who, he said, had “engaged in an entirely different order and scale of espionage.”

What happened to lecturer Gerald Brooke, swapped for the Soviet spies Kroegers in 1969? Does anyone out there know? https://t.co/RkVM2rKMLJ pic.twitter.com/ypfGSPmowI

​The Cohens/Krogers, who had set up home in a quiet London suburb in 1954, were part of the Portland Spy Ring, and had been jailed in 1961.

When they arrived in the Soviet Union they reportedly trained spies for years before retiring as heroes - their images used on postage stamps. Lona Cohen died in 1992 and her husband three years later.

But they were not the first or the last spies or prisoners to be exchanged.

In 2015 British actor Mark Rylance won an Oscar for Best Supporting Actor for his role as Rudolf Abel in the Tom Hanks film Bridge of Spies.

The film told a version of the story of the 1962 exchange which led to Abel, a Soviet spy in the United States, being swapped in Berlin for Gary Powers, the pilot of a US U-2 spy plane which crashed while taking surveillance photographs over the Soviet Union.

​Abel had been jailed for 30 years in 1957 for espionage, based on the testimony of a Soviet defector, Lieutenant Colonel Reino Hayhanen, who claimed he had been Abel’s main contact in New York.

Abel was handed over at Glienicke Bridge in Berlin, with Powers passing in the opposite direction.

Also included in the exchange - but not mentioned in the film - was Frederick Pryor, an American student who had been detained in East Germany in 1961.

Abel - who was fluent in English, Russian, German, Polish and Yiddish - worked for the KGB in the Soviet Union until his death in 1971, from lung cancer.

Powers worked as a test pilot for Lockheed - with his salary paid for by the CIA - for several years before switching to become a helicopter traffic pilot and died in 1977, when his chopper crashed while covering a bushfire near Los Angeles.

In 1964 British businessman Greville Wynne, who had been recruited by MI6, was swapped for Konon Molody, a Soviet spymaster who was better known as Gordon Lonsdale.

​Wynne had been the main contact for Oleg Penkovsky, a Red Army officer who had passed information to Wynne, including exaggerated claims by Khrushchev about the number of nuclear warheads the Soviet Union possessed at the time of the Cuba missile crisis in 1962.

Last year it was revealed British actor Benedict Cumberbatch would play Wynne in a new film which gets its name - Ironbark - from Penkovsky’s code name.

In the early 1970s Willy Brandt was the centre-left Chancellor of West Germany and was on the crest of a wave of popularity due to the booming economy and his Ostpolitik policy of engagement with communist East Germany.

But in the spring of 1974 Brandt was forced to resign after it emerged that one of his aides, Gunther Guillaume, was a Stasi sleeper agent and Brandt had ignored advice to get rid of him, even taking a vacation with him.

In December 1975 Guillaume was jailed for 13 years for treason and six years later he was sent back to East Germany in exchange for Peter Felten and another unnamed agent of western intelligence.

Guillaume was given the Order of Karl Marx medal by East German leader Erich Honecker and died in 1995, aged 68.

Brandt was replaced by another Social Democrat, Helmut Schmidt, who stayed in power until 1982.

In 1986 the Soviet Jewish dissident Anatoly Shcharansky was exchanged for several spies who had been jailed in the West, including Karl Koechner and his wife Hana.

A childhood chess prodigy, Shcharansky had sought to migrate to Israel in 1973 but was refused an exit visa.

Thank you for your service to the Jewish people.

Thank you for your service to the Jewish state.

Thank you for your service to the cause of freedom.

May you continue to serve our great people and our great cause. pic.twitter.com/tG5uZRgdYA

​After becoming a dissident he was jailed in 1977 and nine years later Soviet leader Mikhail Gorbachev met with US Ronald Reagan and agreed to exchange him for the Koechners, Soviet spy Yevgeni Zemlyakov and Stasi agent Detlef Scharfenorth.

The switch took place at the Glienicke bridge in Berlin.

Scharansky changed his first name to Natan, moved to Israel and became a politician, serving as a minister in several Likud governments and maintaining there will never be a peace agreement with the Palestinians.

In August 1986 Gennady Zakharov, a physicist working at the Soviet Union’s UN mission in New York, was arrested by the FBI after a sting operation and accused of trying to buy US military secrets from an undercover agent.

Three days later American journalist Nicholas Daniloff, 30, was arrested in Moscow, where he was working for US News & World Report. He had been handed a package by a Russian friend, which contained two maps marked “top secret”.

Daniloff was accused of spying and a four-week stand-off began.

​Daniloff, now a professor of journalism at Northwestern University, wrote earlier this year: “Ronald Reagan, who had his problems with Moscow, very quickly stated that I was taken hostage, and he demanded my release. The United States Senate and House of Representatives both passed resolutions demanding my release.”

On 15 September the US ordered 26 members of the Soviet UN mission to leave by 1 October.

On 28 September US Secretary of State George Shultz and his Soviet counterpart, Edvard Shevardnadze, discussed the issue late into the night and the following day Daniloff was freed and flown to Frankfurt, in exchange for Zakharov.

In 1985 Marian Zacharski, a Polish spy who had been operating in the United States, was exchanged for 23 westerners jailed for espionage in East Germany and Poland.

The exchange once again took place at the Glienecke Bridge in Berlin.

In 1994 Zacharski was considered for the job of head of Poland’s Office of State Protection but the US objected and he never took up the post.