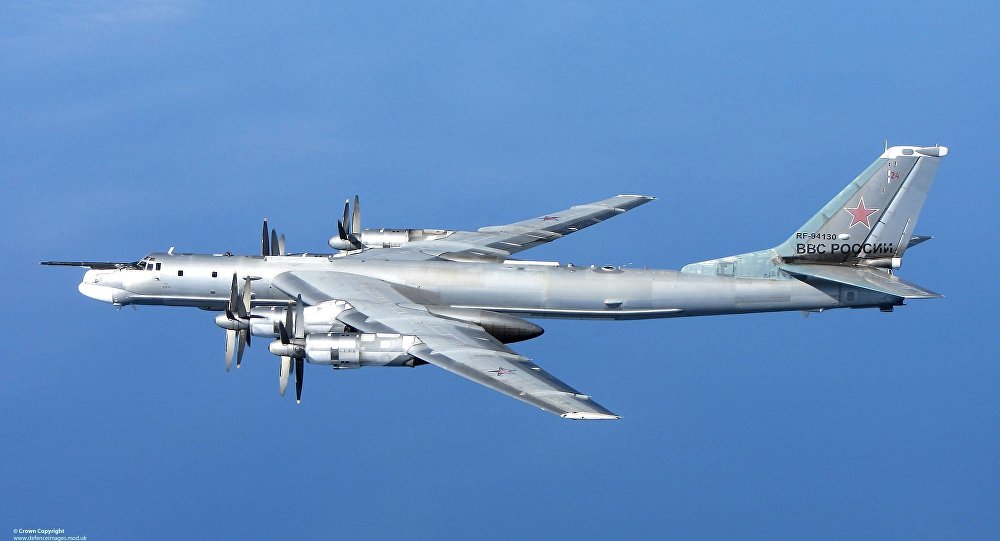 The South Korean Joint Chiefs of Staff claimed earlier in the day that a Russian aircraft had violated the borders of the South Korean airspace twice over the Sea of Japan.

The Russian TU-95MS bombers didn't deviate from their flight plans and complied with international rules, the Russian Defence Ministry said in a statement.

"TU-95MS routes did not deviate from the plan, in compliance with international regulations. [The aircraft] were moving at a distance of over 25 kilometers [15.5 miles] from the Dokdo islands (Takeshima) and were not violating the South Korean airspace," the ministry added.

The Russian Defence Ministry also stated that it was not the first time that South Korean pilots had tried unsuccessfully to prevent Russian aircraft from flying over the "neutral waters of the Sea of Japan", referring to the South Korean air defence identification zone set by Seoul.

“Such ‘zones’ are not stipulated by international rules and are not recognised by Russia, which was repeatedly reported to the South Korean side through various channels,” the statement stresses.

According to the Russian military, the South Korean pilots failed to contact the crews of the Tu-95MS warplanes and after the F-16 had shot off heat traps, they flew away from the Russian aircraft.

Following the incident, the deputy chief of the Russian mission in Seoul, Maxim Volkov, was summoned to the South Korean Foreign Ministry over Russia's alleged violation of the South Korean airspace.

Earlier in the day, Seoul's Ministry of National Defence said that the South Korean fighter jets fired a warning shot at a Russian military aircraft that it said had entered the country's airspace.

According to South Korean military, a Russian military aircraft violated South Korea's airspace above the East Sea twice on Tuesday.

The Russian Defense Ministry has repeatedly said that all flights of Russian military aircraft are carried out in full accordance with international law and the rules for the use of airspace over neutral waters.