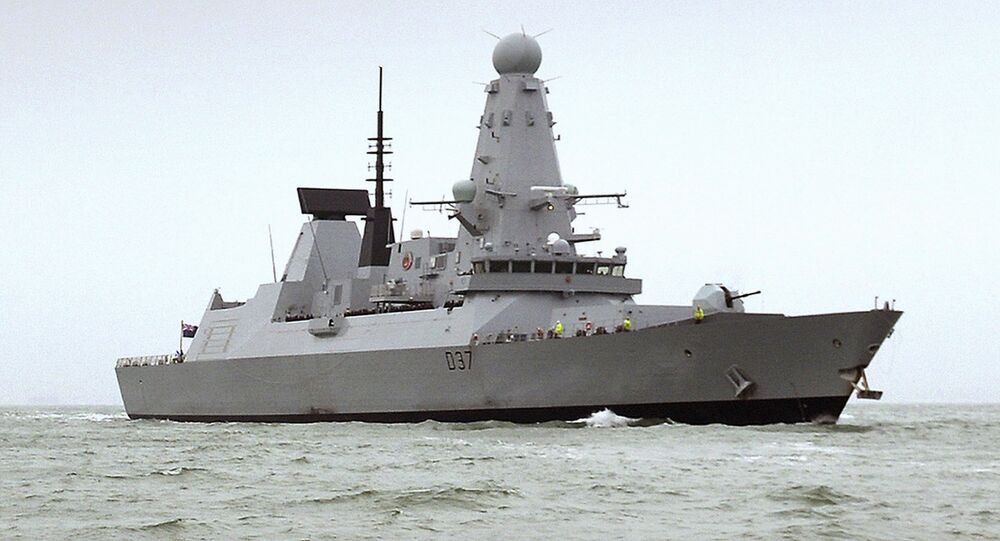 Following the recent turmoil in the Persian Gulf which escalated when Iran seized a British-flagged oil tanker in the Strait of Hormuz, UK Foreign Secretary Jeremy Hunt announced plans to assemble a joint European protection operation for shipping in the area, which is home to one-third of the world's oil traffic.

The recent call by UK Foreign Secretary Jeremy Hunt to establish a European task force to secure shipping in the Strait of Hormuz, one of the world's busiest waterways, has spurred reactions in Scandinavia.

The Danish Ministry of Foreign Affairs has confirmed talks between Danish Foreign Minister Jeppe Kofod and his British counterpart, without disclosing the results.

The right-wing Danish People's Party's foreign spokesman Søren Espersen, however, has no doubts about what should be done about the situation in the Strait of Hormuz.

“When a country like Iran tries to act up in that strait, it is a military challenge that needs to be met, so that our ships can sail in peace”, Espersen told Danish Radio.

Espersen does not fear that this step will kindle a conflict in the Persian Gulf.

“It's international waters. It's not Iran's territory. You should not accept this, you have to answer militarily.”

“Next time, it may be a Danish merchant ship. And we have a duty to be there when our merchant ships are threatened,” Espersen explained.

Niklas Granholm, a researcher at Sweden' Total Defence Research Institute (FOI) believes that Sweden is also likely to get invited and has a lot to contribute.

“One can imagine that it is in our interest to maintain a regulated world and that means supporting international law and order,” Granhold told national broadcaster SVT. “I could imagine that we contribute with things that we did earlier in, say, the Horn of Africa. It could be a patrol vessel, an amphibious assault force, perhaps maritime surveillance aircraft. I can also think of staff officers and intelligence services.”

However, Granholm emphasised that the British plans are still rather vague and the information scarce.

Both the UK, Denmark, and other countries have previously received an invitation from the US to take part in a potential coalition to protect ship traffic in the area, but have assumed a wait-and-see stance.

On Monday, amid reports that the UK would scale up its presence in the Persian Gulf with a nuclear sub and Royal Marines following the Islamic Revolutionary Guard Corps’ seizure of Britain’s Stena Impero tanker, Foreign Secretary Jeremy Hunt confirmed that London was looking to put together a “European-led maritime protection mission” to ensure “safe passage” through the body of water.

Iran claimed the seizure was a perfectly “legal measure” aimed at ensuring regional security. Iranian officials alleged that the Stena Impero had turned off its positioning equipment, ignored the distress calls from an Iranian fishing boat, and collided with the boat while disregarding repeated Iranian warnings about its unsafe behaviour during its passage through the Strait of Hormuz.

The Strait of Hormuz

The Strait of Hormuz separates Oman and Iran and serves as the link between several Gulf states: Iraq, Kuwait, Saudi Arabia, Bahrain, Qatar and the United Arab Emirates. It is the only export route for crude oil from the Persian Gulf, and accounts for one-third of all global oil shipping.

Should the strait get closed in one way or another, the consequences for the world economy will be devastating. As several experts pointed out, further tensions in the area may affect the oil prices.

“The immediate danger is that the Iranians do something in the strait that makes it no longer safe to sail there. Then we can get an oil price of $200. And this is what the US and the UK try to prevent”, Dag Harald Claes, a professor of political science at Oslo University, told the economic news outlet E24.