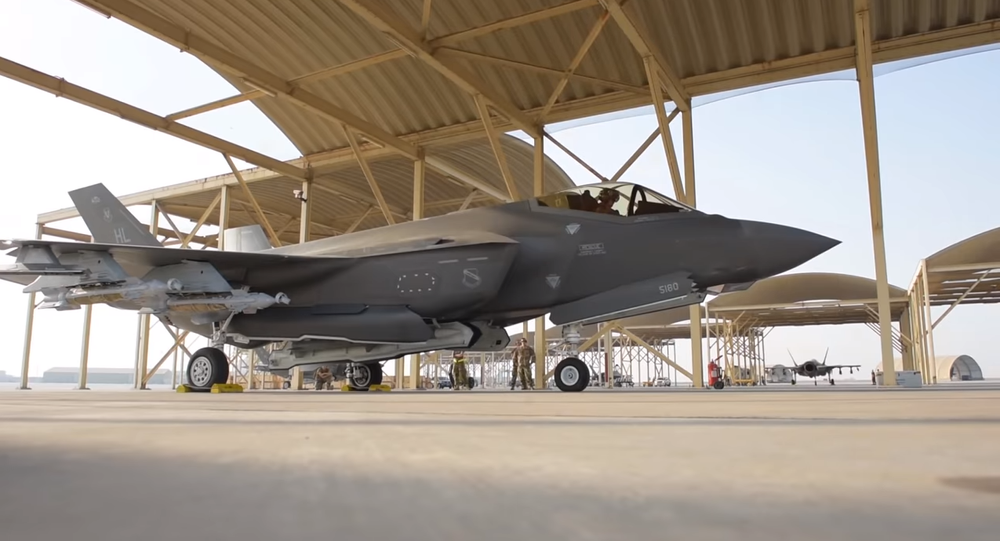 In an interview with Defense News Saturday, US Air Force Chief of Staff Gen. Dave Goldfein refused to say for certain that the Pentagon’s F-35s will never operate from Incirlik Air Base in Turkey. Ankara was recently barred from buying the jet out of fears it would be compromised by the Russian S-400 system the country operates.

Goldfein told Defense News’ Valerie Insinna that it was “too bold a statement” for him to declare that F-35s will never fly from Incirlik if Ankara continues to acquire S-400s.

“I don’t want to potentially tie, right now, a blanket operational assessment with a technological assessment,” he said. “‘Does this mean you’re never going to fly F-35s in Turkey?’ I can’t commit that, because I don’t have an assessment of the threat and where it is in real time. And I’m going to make a decision in real time, as I do every other time.”

“Turkey’s decision to purchase Russian S-400 air defense systems renders its continued involvement with the F-35 impossible,” a Wednesday statement by the White House about the deal’s termination noted. “The F-35 cannot coexist with a Russian intelligence collection platform that will be used to learn about its advanced capabilities.”

A longtime partner on the F-35, which is built by Lockheed Martin, Turkey was slated to buy 100 of the stealth aircraft before it began receiving delivery of S-400s from Moscow, having refused a more expensive alternate deal with Washington for MIM-104 Patriot missile systems instead.

İncirlik, a major regional hub for the US Air Force, sits in southern Turkey near the city of Adana. Its 10,000-foot runway can handle the largest US transport aircraft, and the air base has dozens of hardened shelters to protect aircraft from attack.

A major gaffe by the Defense and Security Committee of the NATO Parliamentary Assembly earlier this year inadvertently revealed what many had long suspected: that Washington was also storing dozens of tactical nuclear weapons at Incirlik, as well as several other locations in Western Europe, according to the Belgian paper De Morgen, which republished the report last week after it was initially taken down.

On Monday, Turkish Foreign Minister Mevlut Cavusoglu blasted threats by US Secretary of State Mike Pompeo to impose sanctions on Ankara via the Countering America's Adversaries Through Sanctions Act (CAATSA), a US law designed to deter foreign purchases of, among other things, Russian military hardware that’s capable of matching US equipment.

“If the United States slaps sanctions, we will respond in kind. A [relevant] step can also be taken with regard to the Incirlik Air Base,” Cavusoglu said on Turkish TV news channel TGRT Haber. “This is a natural position under these circumstances, not a threat and blackmail.”

"Using Incirlik as a trump card against the US administration is not new, but I think the bad news for Ankara is that now there is an understanding in Washington that they have to find alternatives,” Dr. Gönül Tol, the founding director of The Middle East Institute’s Center for Turkish Studies and a former professor, told Sputnik last month. “And there has been this search for alternatives as bases to Incirlik Air Base. I think in that regard, the American side is not that desperate: they can find alternative bases that could be more costly maybe… but they do have options. So I think it’s important for the Turks not to overplay that hand."

“If the US and other NATO countries took a bad political turn with Turkey and the … authoritarian way his regime is shaping up Turkish politics, and decided he was a target for regime change,” the S-400 systems “would not be able to be turned off by NATO, as happened in the Gulf War with Saddam Hussein, who had bought French air defense systems that were all shut down at a signal by the United States - remotely,” he explained.