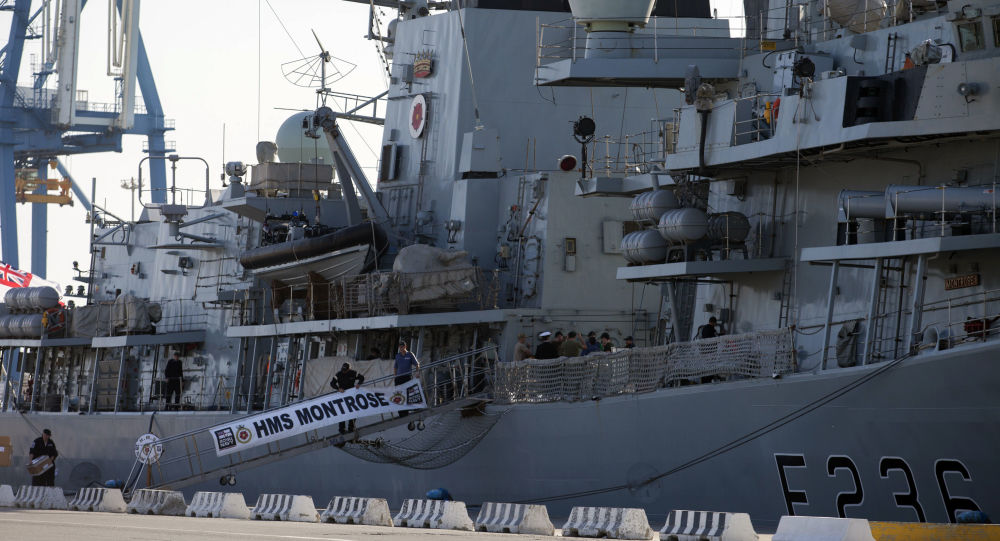 He spoke following the embarrassing seizure of the British-operated oil tanker, the Stena Impero, by the Iranian Revolutionary Guard in the Persian Gulf for "violating international maritime rules". Whitehall is yet to offer a response to the incident, beyond public condemnation.

Tobias Ellwood, Under-Secretary of State for Defence People and Veterans, has said the Royal Navy is too small to play a role on the international stage.

Speaking to Sky News, Ellwood said with UK vessels going through 100 nautical miles of waterway every day it is "impossible to simply escort each individual vessel", and called for more money to be invested in defence.

"If we want to continue playing a role on the international stage, bearing in mind threats are changing, all happening just beneath the threshold of all-out war, then we must invest more in our defence…Our Royal Navy is too small to manage our interests across the globe if that's our future intentions and that's something the next prime minister will need to recognise,” he said.

Ellwood claimed sanctions on Tehran were a possible response off the table, saying the government was “looking at operational responsibilities from that” and “a series of options”.

Shadow Justice Secretary Richard Burgon has warned a war with Iran could be even worse than the war in Iraq, claiming were the UK to “end up in a conflict backed by Donald Trump” the ramifications “should really scare everybody”.

“We need sensible negotiations. We've got a really important part to play diplomatically in this. We can use our negotiating weight…Our Government has international respect and this country has international respect in a way Trump doesn't. We need to use that for the purposes of conflict resolution and for the purposes of making sure this doesn't escalate out of control,” he added.

At one point, Britain boasted by far the most powerful navy in the world. This would change in the wake of World War II and the precipitous decline of the British Empire, leading to the current situation in which the country's fleet can barely patrol the UK's own waters, much less project British influence abroad. While Whitehall has recently invested vast sums in the creation of two new aircraft carriers, they remain moored, awaiting the arrival of F-35 fighters, US-made warplanes which have proven to be extremely unreliable and in need of major improvements.

The UK's lack of naval reach was starkly illustrated by the IRGC's seizure of Stena Impero on 20th July, when a Royal Navy warship escorting the tanker attempted to put up "resistance and interference" to stop the Iranian military from bringing the tanker to shore, but was ultimately unsuccessful, despite going to the extent of flying helicopters in the vicinity. The seizure even came after the Royal Navy significantly increased its presence in the Persian Gulf, sailing a missile destroyer from the Black Sea to the region.