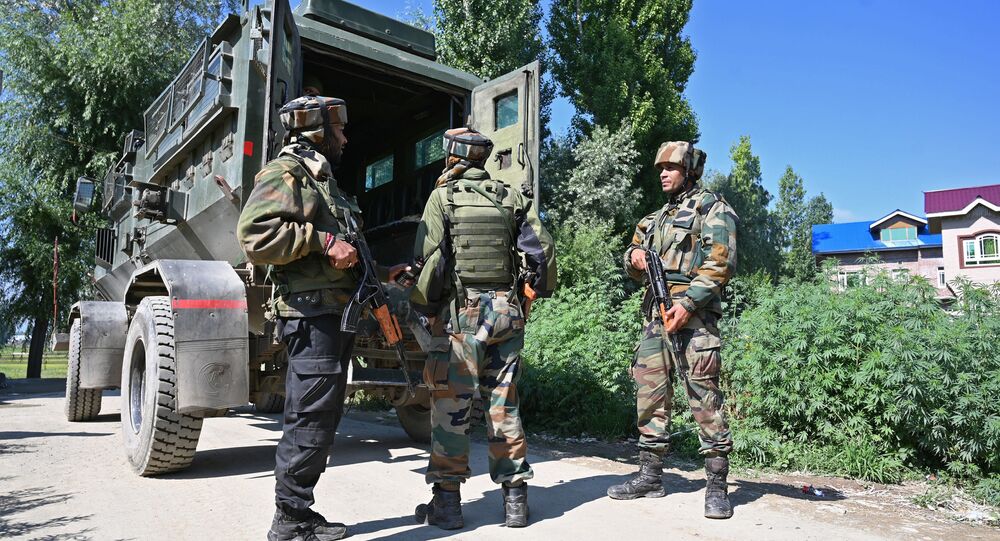 New Delhi (Sputnik): A heavy exchange of fire is underway between Indian and Pakistani forces on the so-called Line of Control (LoC) in the disputed Jammu and Kashmir region since early Monday. Earlier on Saturday, one Pakistani soldier was killed, and four civilians were injured in the Indian Army's "unprovoked cross-border fire".

At least one Indian soldier was killed after the Pakistan army resorted to an unprovoked ceasefire violation in the Sunderbani sector of the LoC by firing with small arms and mortars, an Indian army official said.

On Saturday, the Pakistan military accused the Indian Army of shelling its outposts using rockets and mortars in Battal, Satwal, Khanjar, Nikyal and Jandrot sectors along the LoC targetting "civilian populations and Army posts". A Pakistani soldier was killed, and four locals including two young girls, were injured, the Pakistan army said.

The recent exchange of fire in July came after a brief lull on the border following a February escalation of tensions, when the long-time rivals nearly got into a full-blown war.

The Indian Air Force destroyed alleged terror infrastructure of Jaish-e-Mohammed which claimed a terror strike on 26 February. The following day, Pakistan retaliated with around two dozen fighter jets and shot down a MiG-21 Bison in the ensuing dogfight in which it also lost one F-16, according to India.