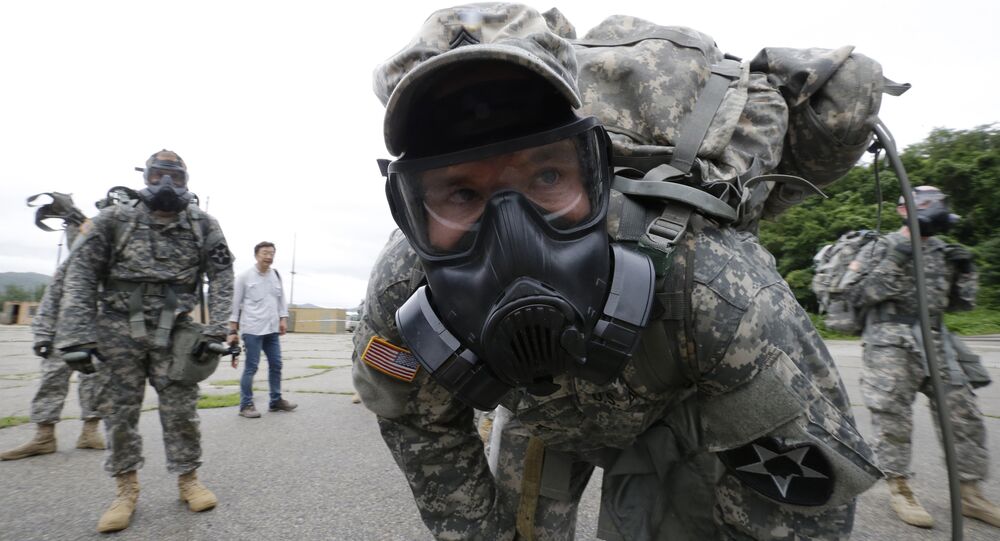 As some 1,8 million netizens have confirmed their participation in the upcoming 'storming' of notorious Area 51 in Nevada, the US military appears to be taking the hilarious facebook prank seriously. US-based media broke news over the weekend about a briefing for the US Air Force on how to counter the primary, 'lethal' weapon of the participants.

According to the organizers of the event, the only way to succeed in helping to free captured aliens allegedly hidden in the classified US Air Force facility is to use "Naruto running" techniques.

“If we naruto run, we can move faster than their bullets. Lets see them aliens", organizers quip on their Facebook page.

The popular Japanese anime character made its way into the viral Area 51 memes as some fans "suggested" that it would make human participants of the upcoming raid faster, even giving them the "superability" to dodge bullets.

According to the Comicbook media outlet, citing Reddit users "familiar with the matter", an actual briefing for the Air Force occurred, including a special lesson explaining "Naruto running" in detail, for US soldiers. Several netizens shared purported photos of this extraordinary "secret" educational event.

The Air Force must have talked about the Area 51/Naruto running meme during a meeting pic.twitter.com/RicumrTJTd

The alleged photo depicts a US soldier pointing to the screen explaining the Naruto running technique "the act of running like Japanese Anime Character Naruto Uzumaki, in which a person runs very fast with their torso forward, and arms back".

There have been no official US Air Force statement to confirm or deny that the Naruto running briefing took place.

Meanwhile, netizens who claim to have real military experience shared their views on Reddit, suggesting that the "leaked" photos could simply be a regular seminar in terms of a basic training program or some sort of a leadership school. The aim of such seminars is merely to develop some presentation skills and to learn proper military briefs, while topics are chosen randomly. It is common that seminar attendees could be even briefed with such issues as "how to cast a fishing rod" or "how to open a can".

After years of US officials refusing to acknowledge Area 51, the CIA released declassified documents in 2013 referring to the 8,000-square mile (20,700-sq. kilometer) installation by name and locating it on the map near the alkaline flat of Groom Lake.

The base has reportedly been a testing ground for a host of top-secret aircraft, including the U-2 in the 1950s and the B-2 stealth bomber.

Earlier this week, representatives of the Nellis Air Force Base said in a statement that the Air Force is aware of the Facebook prank and warned that "any attempt to illegally access the area is highly discouraged".

The "storm Area 51" prank is slated for 20 September 03:00 a.m. local time. Local hotels and residences have reported that they are booked solid, and there are no rooms left, forcing participants to camp out of doors or travel for increasing distances to arrive onsite at the appointed hour.