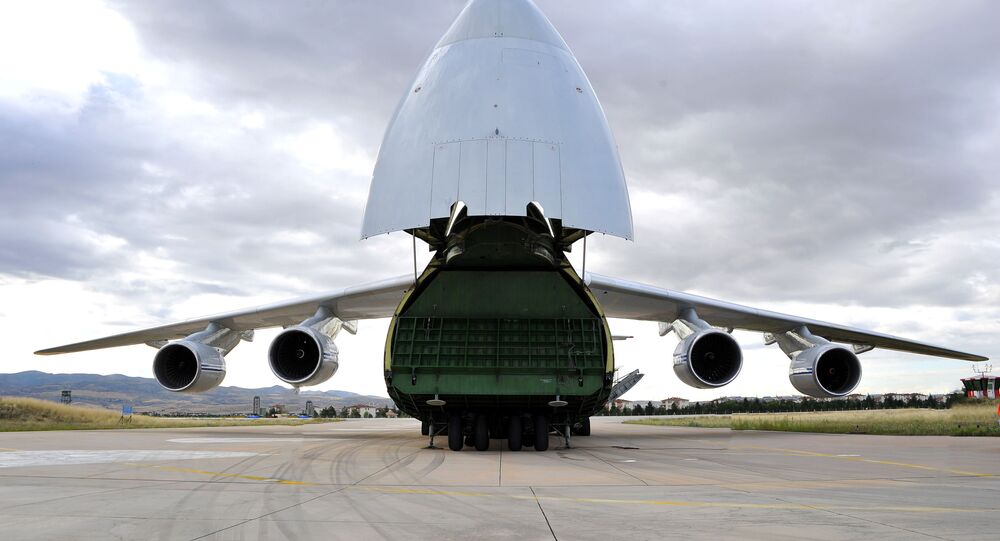 The first batch of S-400 components was brought to Turkey last Friday, followed by fourteen additional shipments over the course of the week. Several days after the beginning of the deliveries, the White House warned that Ankara's move makes its participation in the F-35 programme impossible.

US President Donald Trump has stated that the US is still looking into the option of imposing sanctions against Ankara over its purchase of Russian-made S-400 air defence systems.

Speaking to journalists, Trump said that no decision has been made on the matter yet.

Earlier, answering the same question, US President Donald Trump stated that Washington is not currently considering sanctions over Ankara's purchase of the Russian air defence systems.

On Wednesday, the United States said that Turkey's acquisition of the Russian S-400 air defence systems had made Ankara's participation in the F-35 fighter jet programme impossible. Washington subsequently said it was working to unwind its relationship with Turkey in the F-35 program. The Turkish Foreign Ministry called the move a unilateral step that might bring irreparable damage to bilateral relations.

Moscow and Ankara signed a $2.5-billion loan agreement for the delivery of S-400 systems in December 2017. Turkey's cooperation with Russia on the matter has been strongly criticised by the United States and NATO, which have cited concerns over the S-400s incompatibility with NATO's air defence systems.

The Pentagon announced in June that it would not accept more Turkish pilots for F-35 training unless Ankara abandons the agreement with Russia, but it has refused to meet the US requirements and said that it was a done deal.