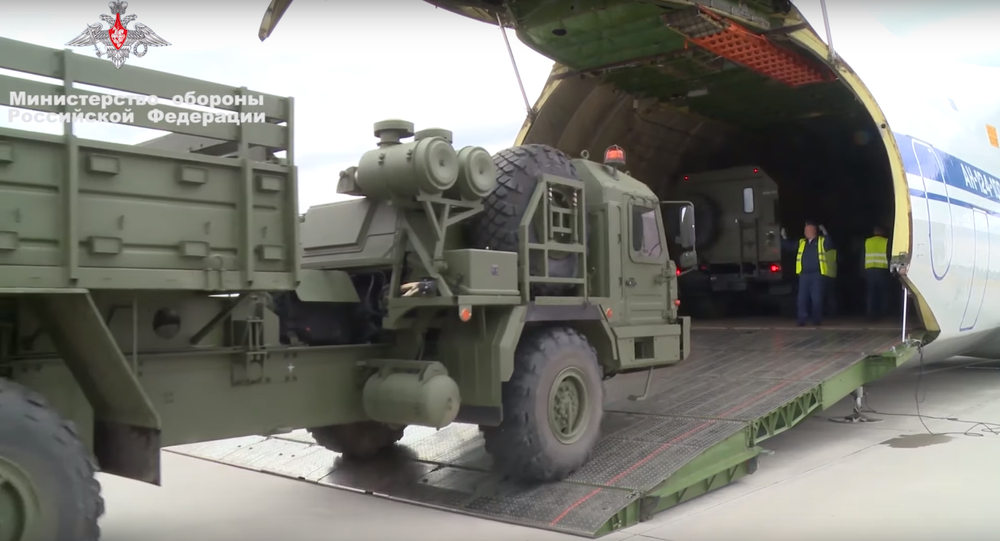 "The delivery of S-400 parts continues as planned. The ninth plane has landed at Murted air base," the statement said.

It is unclear how many cargo aircraft are needed to transfer all batches of the air defence systems acquired by Turkey.

The first batch of S-400 components was brought to Turkey last Friday.

Bloomberg reported on Sunday, citing its source, that Washington had decided to impose economic sanctions on Turkey over its acquisition of Russia's S-400 systems.

Moscow and Ankara signed a $2.5 billion-loan agreement for the delivery of S-400 systems in December 2017. Turkey's cooperation with Russia on the matter has been strongly criticized by the United States and NATO, which have cited concerns over the S-400s incompatibility with NATO's air defence systems.

The United States claims that S-400 systems may compromise the F-35 stealth jet project. Washington announced in June that it would not accept more Turkish pilots for F-35 training unless Turkey abandoned the agreement with Russia. Turkey refused to meet the US requirements and said that it was a done deal.