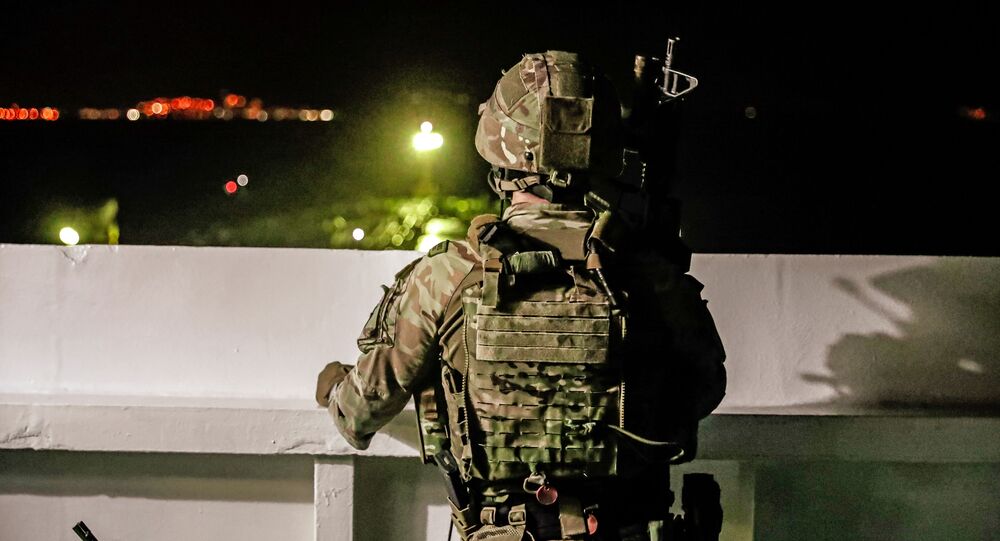 Mr Hunt made the comments after the Ministry of Defence (MoD) accused alleged Iranian vessels of blocking a British oil tanker in the Strait of Hormuz.

UK foreign minister Jeremy Hunt has vowed to increase funding for the Royal Navy if he’s elected prime minster, he wrote in the Daily Telegraph on late Thursday.

Mr Hunt wrote: “As the son of a naval officer, I know a little of the sacrifices of these individuals and of their families back home – that mixture of worry and pride when a loved one serves overseas.

Mr Hunt, who is campaigning for No 10 against Tory frontrunner Boris Johnson, who also made similar pledges, has also promised to spend a further £15bn in defence in the next five years.

Hunt complained that the British Royal Navy had been “run down” over the last few decades, adding that he would review the UK’s current fleet of “19 destroyers and frigates”.

Mr Hunt also said that defence funding was vital to facing news threats such as cyberattacks "to send a strong signal about Britain's role in the world" as it prepared to leave the EU.

Doing so would “keep the Atlantic alliance strong” and show the US that the UK was “stepping up to its commitments on defence,” he said, adding that he would like to increase the number of F-35 Lightning fighter jets on the UK’s aircraft carriers as “a vital tool for projecting power”.

Mr Hunt also pledged to boost the UK’s current NATO defence contributions from 2 to 2.5 percent from 2023 to 2024 if he’s elected prime minister. Hunt's column was published a day before outgoing UK prime minister Theresa May began talks with the US to build a military presence in the Persian Gulf, according to her spokeswoman.

Tensions between Tehran and London have become strained after the UK blamed Iran for attacking two Japanese oil tankers in the Gulf of Oman in mid-June. The British Royal Marines later assisted Gibraltarian authorities in seizing an Iranian tanker, which London alleges was smuggling oil to the Syrian government, violating EU sanctions. But Tehran hit back, stating that the Grace 1 tanker was not travelling to Syria and threatening to seize a UK oil tanker in retaliation if London failed to release the Iranian ship.

Mr Hunt also said in his article that there was an “incredible menace” behind Iran’s actions, following the UK’s decision to raise threat levels to British vessels operating in the Gulf of Oman to the highest levels on Tuesday. Following the high alerts, boats allegedly belonging to the Islamic Revolution Guard Corps (IRCG) attempted to block the British Petroleum (BP) vessel as it was travelling the Strait of Hormuz. The vessel was being shadowed by the British frigate HMS Montrose, which was forced to confront the three boats, according to a MoD spokesperson. But the allegations have been criticised as a pretext for London to scupper the Iran Deal under Washington's orders, analyst say.