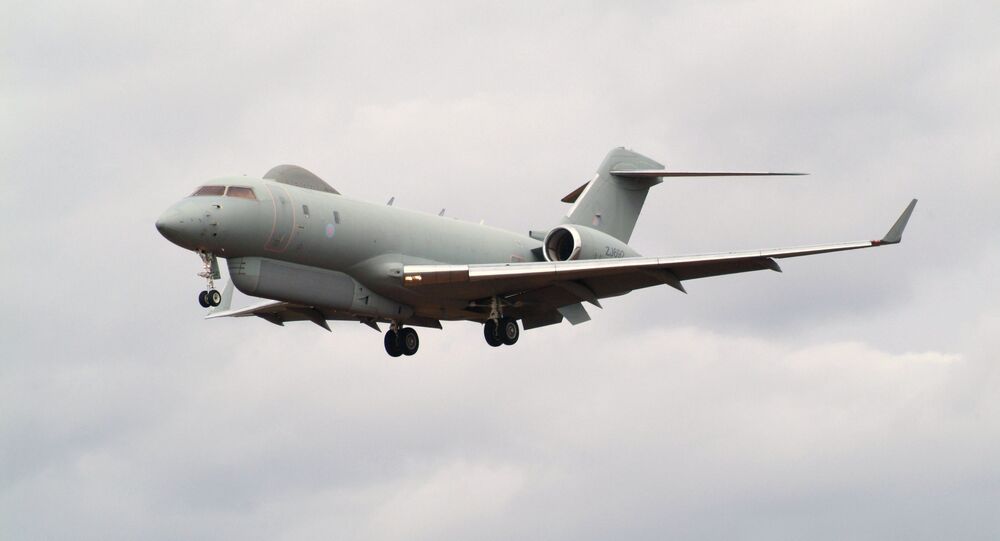 The reconnaissance operation comes less than twenty-four hours after a similar surveillance mission near Russian borders on the Black Sea.

A UK surveillance drone has been seen flying along Russia's Black Sea coast just a day after a similar aircraft was spotted in the vicinity according to Plane Radar.

The portal reported that a Bombardier Global Express Sentinel R1 flew some 66 kilometres from the coastline before returning to its airbase.

Less than a day before, a drone of the same model was spotted flying some 62 kilometres from the Crimean coast.

Two months earlier, a US Air Force RQ-4B-40 Global Hawk reconnaissance drone was spotted flying along the coast of the Crimean Peninsula.

Such flights have become a common occurrence since the downward spiral in the relations between the West and Russia, that began in 2014 following the reunification of Crimea with Russia.

Over the past year, 3,000 foreign combat aircraft, including about 1,000 spy planes, were seen flying near Russia's maritime and land borders. Moscow has repeatedly condemned foreign military buildup near the country's borders, warning that the aggressive moves could provoke an escalation into a full-fledged military confrontation.