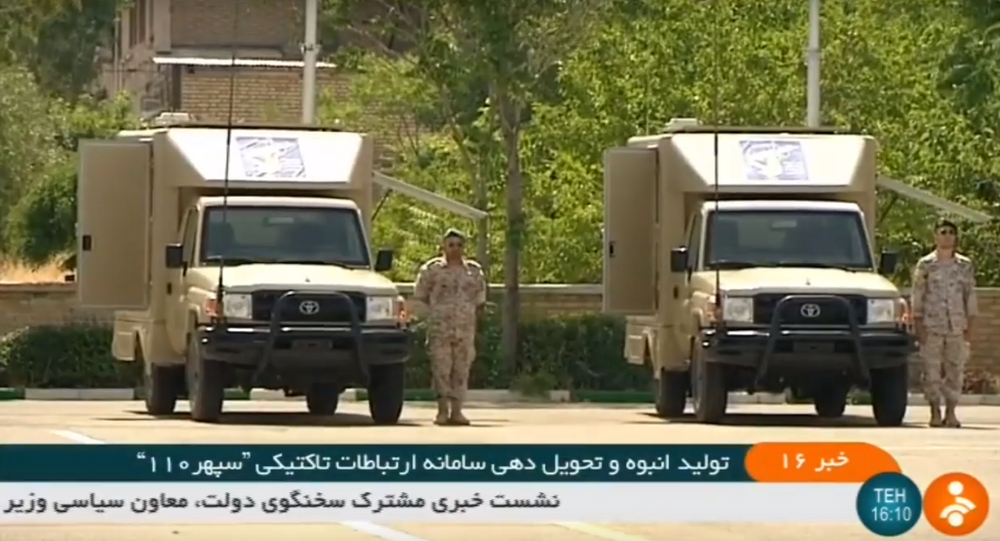 Last week, days after Iran's destruction of a US drone, Tehran accused the US of engaging in cyberattacks attempting to "cripple" Iran's missile launch capabilities.

The mobile unit, developed and built domestically, was shown to Islamic Revolutionary Guard Corps Commander Maj. Gen. Hossein Salami on Sunday, who praised the new design and called communications "the brain and nerves of the armed forces."

The system is said to be able to meet the communications needs of commanders at the tactical, operational and strategic levels, and to operate across a broad range of operational conditions. The system can be mounted on military equipment from all three branches of the military, securely transmitting voice data, images and data files.

According to Tasnim, the ground-breaking system is "invulnerable to hacks, eavesdropping, radio jamming, and electromagnetic disturbance."

Gen. Salami said the Sepehr-110 would allow Iran to "break the monopoly of the great powers in the field of advanced communications technologies."

TV footage of Sunday's ceremony showed the commander engaging in what appears to be video chat aboard a Toyota pickup fitted with the system, with dozens of Sepehr-110s pictured deployed at a military base and then driving across a highway, seeming to indicate that the Sepehr-110 is already in mass production.

The Sepehr-110 was said to have been developed with IRGC guidance and the support from Islamic Republic of Iran Broadcasting, Iran's major state radio and television company.

The rollout of the new comms system comes less than a week after Iranian Communications Minister Javad Azari Jahromi's announcement that the US had attempted a hacking attack to cripple Iran's missile launch systems. According to Jahromi, Iran faces regular cyberattacks, registering some 33 million such attacks in 2018 alone.

Iran has created a large arsenal of homegrown weapons technologies over the years, as over four decades of US sanctions against the country have left it cut off from US and European military hardware.