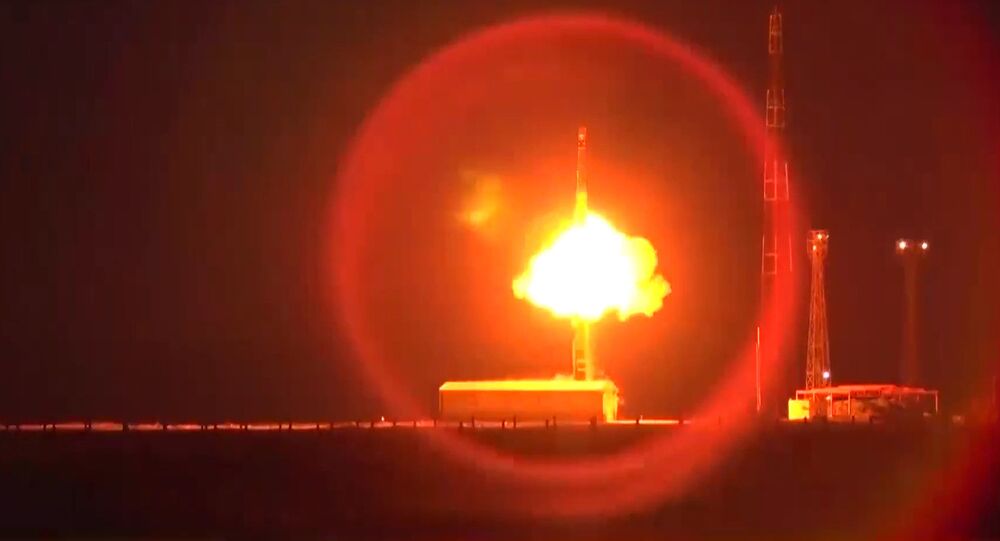 According to the Air Force Chief of Staff, a nuclear attack can be mitigated in three steps that should be taken as quickly as possible. These steps are designed for the destruction of incoming ballistic missiles, as well as a successful retaliatory strike.

On Tuesday, US Air Force Chief of Staff Gen. David Goldfein, provided insight into a US response should American soil ever be attacked by a nuclear strike. Using Russia as an example, due to the nation’s large nuclear arsenal, he outlined three steps he would take in case of an unlikely nuclear emergency, according to a Fox News report.

Step one, according to Goldfein, is call NATO.

“The first call will be the Supreme Allied Commander of Europe - General Tod Wolters - who will tell me what he needs to join NATO forces to halt enemy activity and blunt their objectives. By virtue of the speed with which air and space component deploys and employs, he expects us (US Air Force) to be the first to arrive at his (halt) and his blunt force", Goldfein said.

Reacting to an alleged nuclear attack, the US and NATO will launch a massive air counterattack, using all sorts of planes from the F-35 and F-22 fighters to B-2 bombers. According to Goldfein, the fighters could potentially attack intercontinental ballistic missiles (ICBMs) as they ascend beyond Earth’s atmosphere. Otherwise, the F-35s, expected to be equipped with nuclear weapons in several years, will attack enemy assets, including nuclear launch sites, while the F-22s will primarily be tasked with countering enemy aircraft.

The B-2 will be tasked with the destruction of enemy air defences, nuclear launch sites, or, by the specific order of a US president, to destroy entire cities.

The US and NATO have forward-positioned planes and missile defence systems in places such as Romania, Poland and other strategically important areas, Goldfein said.

NATO would rely on the Aegis missile defence systems placed in Europe, something the US has repeatedly said was built to counter an Iranian nuclear threat, as well as on destroyers and cruisers that could be placed closer to enemy – in this case Russian - territory.

However, Goldfein said the US and NATO would also rely on ship-based “lasers, electromagnetic railguns, and hypervelocity projectiles” in the coming years.

The second step for Goldfein as the Air Force chief would be to call North American Aerospace Defence Command (NORAD).

NORAD is tasked with protecting US soil from ICBMs. To do that, it relies on ground-based interceptors (GBIs), tasked with discerning actual warheads from decoys. Goldfein said the US had successfully intercepted a test ICBM with a GBI, but those interceptors are still being perfected.

In particular, Raytheon rolled out its Exoatmospheric Kill Vehicle (EKV) earlier this year, which successfully destroyed a mock ICBM in a test this March, discerning actual warheads from decoys. Raytheon is currently working on a next-generation vehicle that would launch multiple interceptors, increasing probability of a "kill".

Goldfein’s third step would be to call STRATCOM Commander General John Hyten and send a command to nuclear-armed submarines.

The submarines are designed for a massive "second strike" capability, which would “ensure destruction of anyone launching a nuclear attack upon the US", according to Fox.

According to Goldfein, these three steps need to be performed simultaneously, in that particular order, so that the US can achieve maximum protection against a nuclear strike.

US Not Discussing ‘Nuclear Freeze’ by North Korea - Bolton