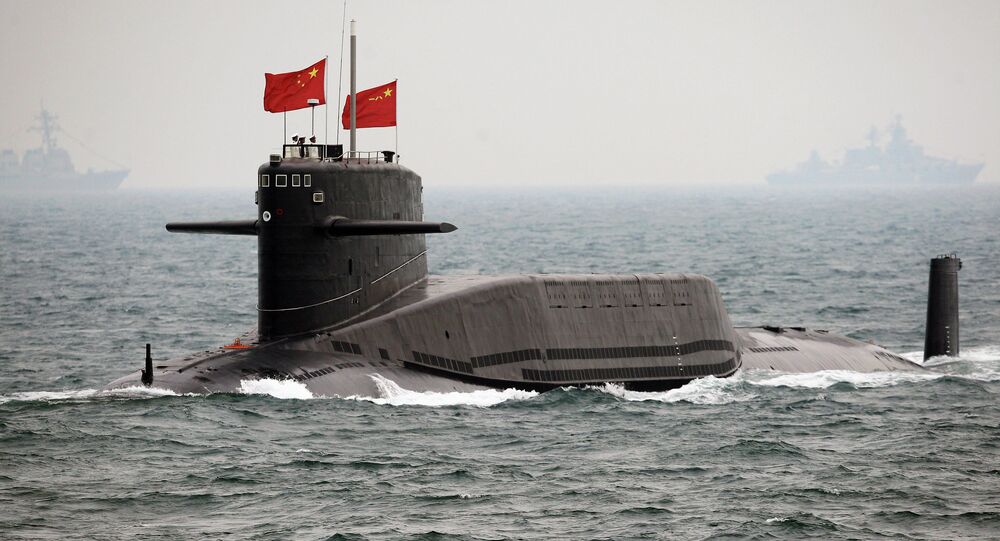 In early June, residents in several provinces in central China claimed that they had spotted a mysterious light moving across the sky, with the People's Liberation Army Rocket Force and Chinese Navy hinting at the time that it could be a secret military test.

“The scientific research and tests were conducted according to plan are normal”, Ren said, adding that the test had not targeted “any country or specific entity".

“China has always followed a defence policy which is defensive in nature and an active defence military strategy. The development of weapons and equipment is to meet the basic needs of safeguarding China's national security”, he pointed out.

Ren’s statement came in response to reports about a mysterious light thought to be shot from Zhengzhou in Henan province on 2 June, alarming locals and prompting speculations about a classified missile test.

US officials in turn claimed that after the JL-3 was launched from a submarine test platform in the Bohai Sea, it covered several thousand miles before falling on a missile impact range in western China.

The JL-3 has a full operational range of about 8,700 miles (about 14,000 kilometres), which media reports say allows the missile to obliterate potential targets throughout most of the United States.